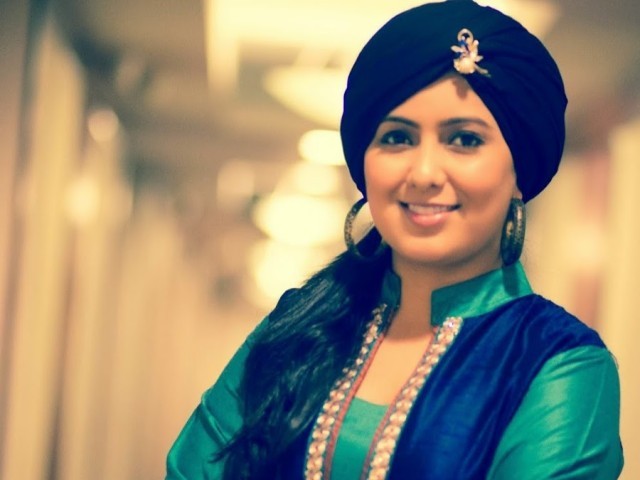 Zaalima, in particular, has been ruling the airwaves ever since its release. In fact, it’s already become a staple at weddings in Pakistan.

While the two lead actors are indeed a sight for sore eyes in the video, it is the magic of singers Harshdeep Kaur and Arijit Singh that really gets the song going. Harshdeep, in particular, holds her own with a melody that seems tailor-made for Mahira.  “A lot of people have been telling me that my voice suits her look a lot. She really does look beautiful in it,” the Indian singer told The Express Tribune.

“You know, I fell in love with the song as soon as I heard it. I just knew it would do well; the lyrics and melody are weaved together so beautifully. It’s being played, shared and covered everywhere! Zaalima has crossed millions of views on YouTube already,” she said.

Mahira, SRK’s Zaalima breaks the internet with over 20 million views

With tracks such as Heer from Jab Tak Hai Jaan, Kabira from Yeh Jawani Hai Deewani, Katiya Karun from Rockstar and Nachde Ne Saare from Baar Baar Dekho under her belt, it’s hardly surprising that Harshdeep likens music to oxygen for her. “The more I inhale it, the more I feel alive,” she stated.

It’s a legacy the singer has inherited from her father Savinder Singh Sohal, who owns a music store himself. “He used to play the guitar when he was younger. He actually discovered my talent and helped me pursue singing as a career,” Harshdeep said.

After being mentored by her father, Harshdeep began training under classical musician Sri Tejpal Singh. Ever hungry, Harshdeep simultaneously began training in Western classical at the Delhi Music Theatre and even learned how to play the piano from Delhi School of Music.

She recorded her first solo album Romantica at the tender age of 14, after emerging victorious in the MTV Video Gaga Contest. It was then that Harshdeep began playback singing. According to the musician, her first big break came in the form of Ik Onkar from the 2006 Aamir Khan-starrer Rang De Basanti with AR Rahman. She subsequently won a music reality show called Kuchh Kar Dikhaane Ka in 2008 and was termed “Sufi Ki Sultana” by none other than Amitabh Bachchan.

Mahira, SRK’s crackling chemistry in latest Raees song will blow you away

“I’m grateful to have worked with almost all major composers in Bollywood including Rahman sir, Pritam, Vishal-Shekhar, Salim Sulaiman and Amit Trivedi,” said Harshdeep, also one of the few Indian musicians to have worked in Hollywood too. She recorded a song called R.I.P for Oscar-winner Danny Boyle’s survival drama 127 Hours.

But for Harshdeep, every song is new and unique. “Every track brings out a different emotion from the singer,” she shared. “I remember my very first song, Sajna Mai Haari from Aapko Pehle Bhi Kahin Dekha Hai. I was still in school so it was very tough to sing it. But I powered through and everyone loved it.”

The Baari Barsi hit-maker happens to be one of the first artistes to feature in Coke Studio India. In fact, she has participated in all four seasons and wishes to be part of Coke Studio Pakistan too. “I genuinely love the music on Coke Studio. Nusrat Fateh Ali Khan and Reshma jee are two of my biggest inspirations!” Harshdeep revealed. “Also, I have sung for Mahira before. It was a song called Ballay Ballay in the film Bin Roye.”

Harshdeep is no stranger to Pakistan with the musician having visited Lahore some time back. “I was quite surprised to see how much the people there love India and Bollywood films, especially since they have so much talent of their own. I visited for a concert and also got to see Nankana Sahib,” she recalled. “Pakistanis are very warm and I always pray for peace on both sides of the border,” she said.

Like many other artistes, Harshdeep believes in the unifying force of art. “Personally, I feel there should be peace between India and Pakistan,” she said. “Despite all these restrictions, artistes still interact over social media. I recently had a Twitter conversation with Mahira. Art is above all this,” Harshdeep concluded.