Trump has moved fast to enact a raft of measures, including a moratorium on new regulations. 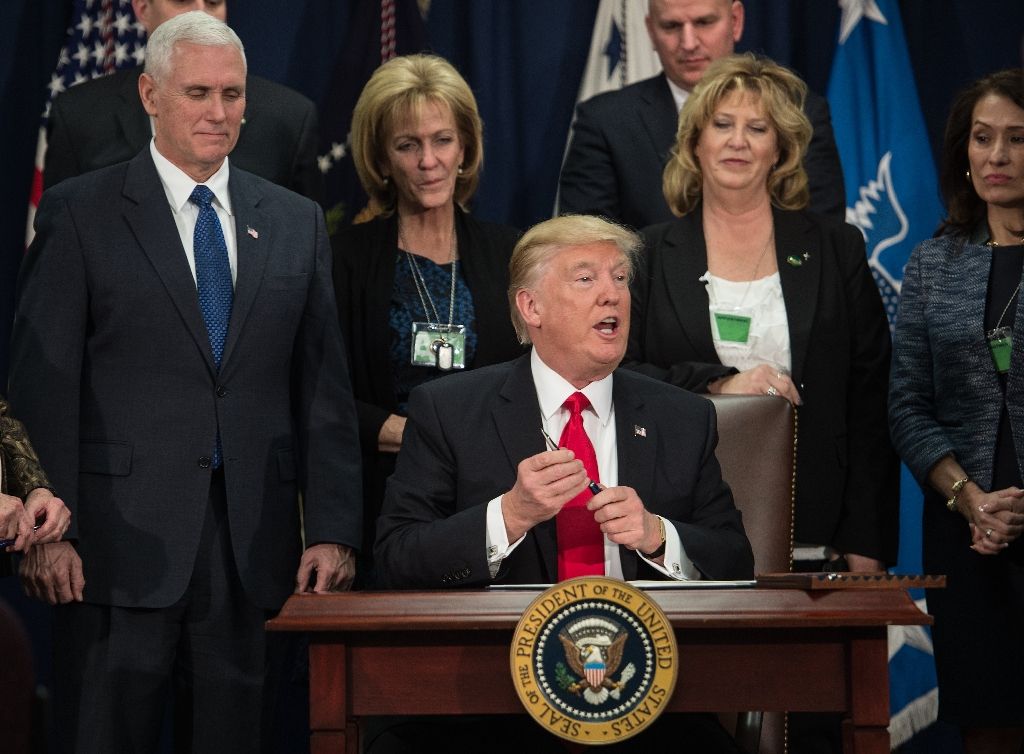 US President Donald Trump's drive to rein in the federal bureaucracy, including an immediate 90-day hiring freeze, has caused consternation in Washington. PHOTO: AFP
WASHINGTON DC:

A hiring freeze. Curbs on communications. Denunciations of "waste, fraud and abuse." US officials are alarmed by the launch of President Donald Trump's drive to rein in the federal bureaucracy.

Three days after his inauguration, the Republican billionaire on Monday signed an executive order instituting an immediate 90-day freeze on the hiring of federal officials "except for the military."

Positions currently vacant will remain unfilled until the administration inaugurates a promised program to reduce the federal workforce.

The measure may affect tens of thousands of additional jobs filled by employees who step down over the next three months - a significant impact on a civil service numbering some 2.1 million that has remained more or less constant over the last eight years.

Trump's directive caused consternation in Washington, prompting a flood of comments on the news site govexec.com - an outlet for top government executives - where hundreds of readers alternated between anger and incomprehension.

"If you read the executive order, you would think, wow, the federal workforce has run wild!" Kaine told AFP. However, he added: "It hasn't grown at all during the Obama administration. The federal workforce today is the smallest it's been as a percentage of the non-farm workforce in 70 years."

The United States employed 2.2 million civil servants in 1946, when the country's population stood at 141 million. From 2000 to 2016 - when the population reached 324 million - the federal workforce grew from 1.8 million to 2.1 million, an increase in absolute numbers that Republicans portray as an explosion.

Austerity measures pushed by Congressional Republicans since 2010 have already affected the federal workforce. The number of tax officials since then, for example, has fallen from 92,000 to 80,000, a figure that concerns the incoming treasury secretary, since reduced enforcement will mean lower federal revenues.

But the new president who promised to "drain the swamp" of corruption in Washington is targeting not only the number of officials, but also their compensation.

The White House describes the cost of providing health and retirement benefits as "unsustainable." They are "based on antiquated assumptions and require a level of generosity long since abandoned by most of the private sector," it said in a statement.

Republican Senator John McCain went even further, setting his sights on the military, that sacred cow for many conservatives. "We've got too large a bureaucracy, including in the Pentagon," the decorated former Navy pilot told AFP.

Lawmakers are also moving to impose job and salary cuts for employees in Congress. "It's nearly impossible to fire somebody," Republican Representative Jason Chaffetz, chairman of the House Committee on Oversight and Government Reform, told the Washington Post. "When the overwhelming majority do a good job and the one bad apple is there viewing pornography, I want people to be held accountable."

Morale is 'quite low'

Morale was already low inside the sprawling government buildings lining Washington's central avenues. Only two-thirds of federal employees said they were satisfied with their jobs last year, according to an annual survey. Federal workers are also getting older, with half now over 48.5 years old.

There's "not a lot of young blood out of college," said Jessica Klement, legislative director of the National Active and Retired Federal Employees Association (NARFE). "They hear that the president thinks they're corrupt and that's why we need a hiring freeze," she added. "Government employee morale is quite low."

J. David Cox Sr., president of the AFL-CIO's American Federation of Government Employees, says Trump's freeze will mainly benefit the estimated five million subcontractors working for the federal government - many in the Washington area - even though Trump's executive order prohibits vacant positions from being hired out.

"If you really want to drain the swamp," Cox told AFP, "cut back on the contracts."

The hiring freeze is only an opening salvo in the campaign to overhaul the federal workforce. Trump has moved fast to enact a raft of measures, including a moratorium on new regulations.

The real estate tycoon has promised massive deregulation to follow, especially at the Environmental Protection Agency (EPA). Employees at many federal agencies were also stunned this week by instructions blocking them from sharing information with the public.

News releases, tweets and other communications must now be vetted by the administration of a president who regularly airs his own opinions on Twitter. In many agencies, including the EPA, any communication with the public through news and social media is now banned.

That measure was said to be temporary - the Agriculture Department has already canceled its own order to that effect - but many other agencies are complying with directives that experts say are threatening the functioning of an open, transparent government. 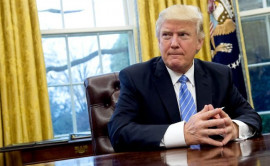 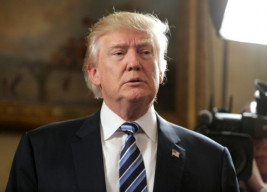 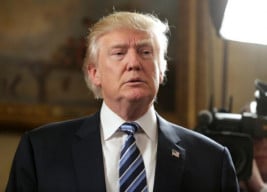