Ali shared he does not care for nation­ality, but for unity
By Rahul Aijaz
Published: January 25, 2017
Tweet Email 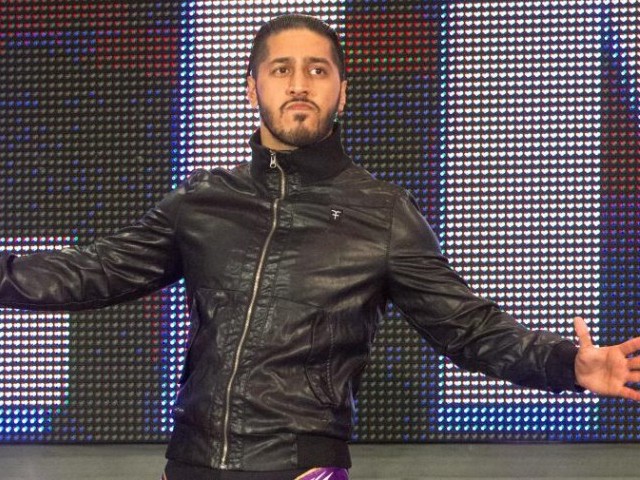 KARACHI: Mustafa Ali made headlines when he joined the WWE late last year. Since his debut, he has been nothing but impressive, having piled up several victories on 205 Live and recently on Raw (as part of a six-man tag match).

Where it is refreshing to see him as a face (good guy) character with no stereotypical backstory, Pakistani fans are complaining about how Ali is not being patriotic enough by not having a Pakistani flag displayed on his entrance or costume.

Ali finally took to Facebook to address the issue. He shared that he fights for a ground-breaking character that will help people of all backgrounds prosper and move past limitations of preconceived ideas. “Pakistani fan: Why don’t you have the Pakistani flag on display during your entrance? Me: I don’t care for nationality. I care for unity,” Ali wrote.

It must be noted that most foreign wrestlers in WWE are presented stereotyped heels (bad guy) who hate America and then are toppled by the native hero. It is unfortunate to see that despite Ali’s character breaking those typecasts, his Pakistani fans have found something to criticise.

Even on this clarification, many were adamant that he should wear the flag. Some even said he sold out upon joining WWE. This led Ali to once again elucidate. “I don’t mean to offend anyone. This is just me stating that I feel nationality doesn’t define us as people, it separates us,” he said.

Ali wants everyone to feel that their background isn’t something that would hold them back. “I’m not trying to just represent one country. This is so much bigger than that. I don’t ‘represent’ any country. I represent unity. Yes, my family is from Pakistan. Yes, I was born in America. None of that defines me. Cool?” he stated.

Upon further criticism on the same post, Ali shared the comment of one of the fans who understood his point. 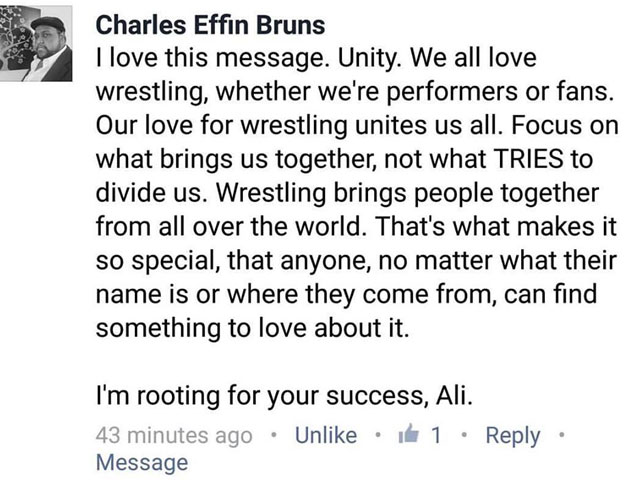