Indian airlines soar but experts warn of turbulence ahead

Indian airlines soar but experts warn of turbulence ahead 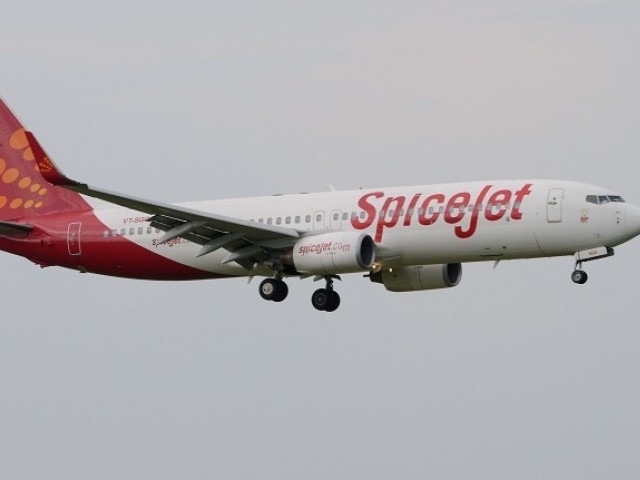 India’s burgeoning middle classes are taking to the skies in ever greater numbers, with passenger growth of 20 percent in 2015 according to industry body IATA – nearly double China’s 11-percent increase over the same period. Low-cost airlines are rushing to expand their fleets to take advantage of that growth, encouraged by a fall in fuel prices that last year pushed several private operators into profit for the first time.

SpiceJet, India’s fourth biggest airline with a 13-percent market share, said on Friday it was buying up to 205 Boeing planes worth $22 billion to fuel a major expansion of its domestic operations. Experts say the country’s aviation sector holds vast untapped potential, with just 100 million of India’s 1.2 billion people taking to the skies last year. But they warn that India’s rickety infrastructure could hold back future growth, with just 90 of the country’s more than 460 airports currently operational.

“Consistent 20-percent-plus growth per se is not a cause for celebration if the institutional framework is weak,” said Kapil Kaul, South Asia head of industry advisory and research firm CAPA. “This only increases safety and security risks. And skill shortages are also emerging. An urgent fix is required.”

CAPA has warned that India could face a capacity crisis unless it builds 50 new airports over the next decade. To avoid that, the government is trying to revive some of the hundreds of disused regional airports — among them a number of “ghost airports” that were built by the government but never used. That is because most airlines opt to increase flights to popular locations rather than adding new routes, analysts say. KPMG and industry body FICCI recently named 44 such airports that could quickly be brought into use in a research report.

In 2015 the government announced a plan to “take flying to the masses” by making air travel affordable for millions more Indians, reviving struggling airports and connecting rural areas. The policy aims to slash airfares to 2,500 rupees ($37) per hour of flying on many regional routes through a slew of tax incentives and subsidies.

The first round of bids for these subsidised regional routes are due to start this week, with winners getting a three-year exclusive on flying rights. Auctions for routes will be conducted twice a year.

High operating costs represent the second major threat to the industry. High fuel import taxes mean that about 50 percent of an Indian airline’s costs go towards fuel, while a scarcity of pilots has pushed up salaries to global levels.

“Most of the large cost heads in Indian aviation like fuel, leases, maintenance, airport charges and interest rates are some of the highest in the world,” said Amber Dubey, India head of aerospace and defence at global consultancy KPMG. “There are shortages of commanders and bringing in expat pilots is costly and time-consuming. Overall, the Indian market is one of the costliest and toughest to operate in.”

India’s airlines are banking on higher passenger numbers to help distribute those high fixed costs as an emerging middle class increasingly opts for the plane over the train.

Among them is electrician Shankar Singh, who took his first flight last May at the age of 31. Singh, who earns 15,000 rupees ($220) a month, has now flown nearly 10 times to different cities to stores run by his employer, an Indian clothing retailer. He plans to take his wife and three-year-old son on their first flight to visit her family in Kolkata in eastern India early this year – replacing a 24-hour train ride with a two-and-a-half hour journey. “I really want them to experience it,” he said, a smile lighting up his face.

KPMG’s Dubey said India remained “one of the most under-penetrated countries in the world.”
“With passenger traffic growing at over 20 percent for nearly two years despite severe infrastructure challenges, India is the place to be,” he told AFP.