Does Pakistan pose a bigger threat to India after Babur-III launch?

Does Pakistan pose a bigger threat to India after Babur-III launch? 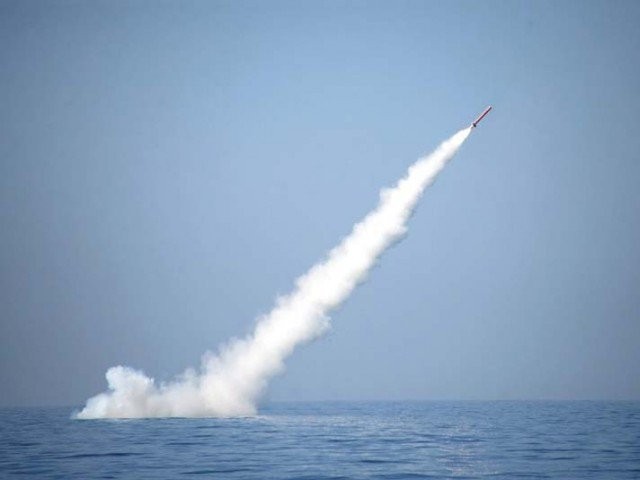 The Babur-III test proved that Pakistan not only possess the ability to modify its existing land-based Babur-II cruise missile with unwater-controlled propulsion and terrain hugging and sea skimming flight characteristics but also to upgrade its existing diesel-electric Agosta submarines to deliver the vital capability discreetly and effectively.

The news was anything but amusing for Pakistan’s eastern neighbour and arch rival. Typically, Indian ‘experts’ and “Pakistan watchers” congratulated China for the successful test in North Arabian Sea. But the frustration and anger over Islamabad achieving nuclear second-strike capability is natural and was expected. The second-strike capability refers to a nuclear power’s ability to attack the enemy after its existing land and air-based nuclear delivery systems are destroyed. This can only be ensured through arming its submarines with ability to launch the nuclear-tipped missiles while sitting in depths of the sea away from the enemy’s preying eyes.

The data gathered after the first test will lead to further improvements and more tests of the Babur III cruise missile in the future. Pakistan declared that the sophisticated projectile has a range of 450 kilometres with precise targeting characteristics of a cruise missile. Of course, Pakistan will work on extending its range and payload significantly for it’s the missile for the day after.

Since setting set up its Naval Strategic Force Command in 2012, Pakistan actively worked on acquiring quieter air-independent propulsion (AIP) submarines while modifying its existing cruise missile arsenal to serve its second-strike requisites. Submarines are more vulnerable to detection when they surface to recharge their air supply and refuel. The Agosta class submarines of French origin, which were co-produced in Pakistan Navy’s Karachi dockyard in the 1990s, are being supplemented with eight “Hangor Class SSK” equipped with advanced AIP systems, which will enable them to stay underwater for longer durations.

India has already leased a second nuclear-powered Russian submarine while simultaneously carrying on its joint venture programs with Moscow. The state-of-the-art, with built-in reactors, modern nuclear submarines never have to surface to refuel and replenish air supply. They enter service with the required nuclear fuel for its projected lifetime of up to three decades. The miniaturised reactor results in an underwater entity that is self-sufficient while being stealthy and lethal.

Alongside India’s Russia-supplied nuclear submarines and Russian conventional-yet-upgraded underwater vessels, it has also demonstrated the capability to use them to launch naval version of the Agni III in March 2014. It later tested it from leased Russian submarine Arihant in 2016. India is working with Russia to develop a naval version of their BrahMos cruise missile besides extending its range.

Last year, India deferred its plan to go ahead with a proposed order for three new French submarines alongside the six it is already building in the country after leak of crucial secret data on the Internet. It may slow down India’s own capability enhancing program but without compromising its edge over Pakistan and compatibility against China.

With both the countries capable of second-strike capability, deterrence has reached another level of parity. Like India, Pakistan too reportedly is in negotiations to lease a Chinese nuclear-powered submarine. Does Beijing have the flexibility to lend one of its vital strategic assets to a closer ally? Either side may not answer the question. Given the significance of Gwadar port for Chinese maritime interests, the possibility can’t be ruled out. That’s another matter as to which of the two rival submarine fairs better in qualitative terms.

For now, India has superior submarines. Pakistan, for that matter, has an edge in anti-submarine detection systems. The navy has remained neglected in terms of weapon system upgrade. However, it can’t be deferred any further anymore. Though Pakistan’s engagement with Russia is slow but steady; both may open a chapter of naval cooperation for leasing submarines. Moscow has become increasingly more liberal than it used to be in selling military hardware to any country able and willing to purchase. Thus, the India factor may not hamper Pakistan’s deal if it can financially afford any weapon system available. Meanwhile, the Pakistan Navy must be working on fine-tuning operational protocols at the recently created strategic command on which effective use of submarine-based deterrents depends largely.

Naveed Ahmad is a Pakistani investigative journalist and academic with extensive reporting experience in the Middle East and North Africa. He is based in Doha and Istanbul and tweets @naveed360