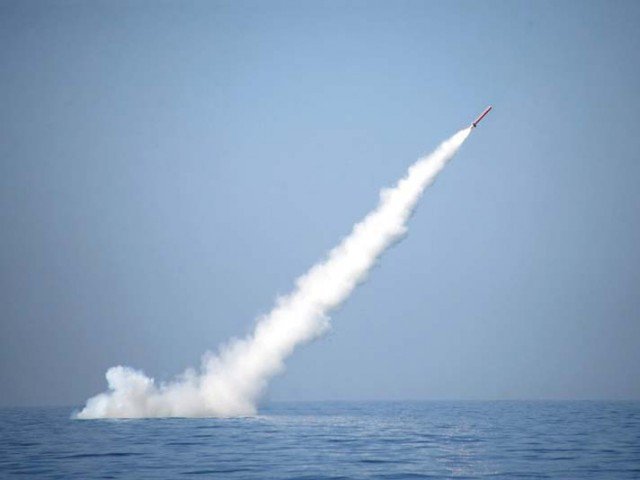 It has been announced that Pakistan has successfully fired an indigenously-developed submarine launched cruise missile, the Babur III. It is reportedly accurate and has a range of 450kms, can carry a range of conventional and nuclear warheads against targets on land or sea and gives Pakistan an important weapon in its armoury — the capacity for second strike.

With both India and Pakistan having the capacity for air-delivered nuclear weapons, whether launched from fixed sites or delivered from aircraft, the missing component in the deterrence suite was the capacity to launch a second strike. A second strike counters the first-strike nuclear threat, thus rebalancing the nuclear scales. Having the capacity to launch a second strike from a submarine significantly expands the envelope for Pakistan in that it allows for retaliation post to any nuclear attack that India may make. The diversification of launch systems also widens the range of responses to nuclear attack. Any opposing nuclear armed state will derive that message from the submarine launch now reported. An identified weakness in the second strike doctrine — that of knowing with certainty which country has targeted you, is largely negated by the extremely low likelihood of any state other than India making a nuclear attack on Pakistan.

Systems such as this are expensive and need to be maintained at a high state of readiness if they are to be credible. The use of a cruise missile locally built and developed rather than a submarine launched ballistic missile may have some cost advantages, and considerable advantages in terms of targeting and accuracy. The missile was launched from an ‘underwater mobile platform’ in the Red Sea which indicates that Pakistan does not yet have operational submarines capable of discharging such a weapon, but the potential is there and a broad spectrum of technologies will have been mastered to make such a launch a possibility. If nuclear balances are to be kept in an uncertain world then Pakistan has to stay at the forefront of nuclear delivery, and this is a development that may just give us a nuclear edge.