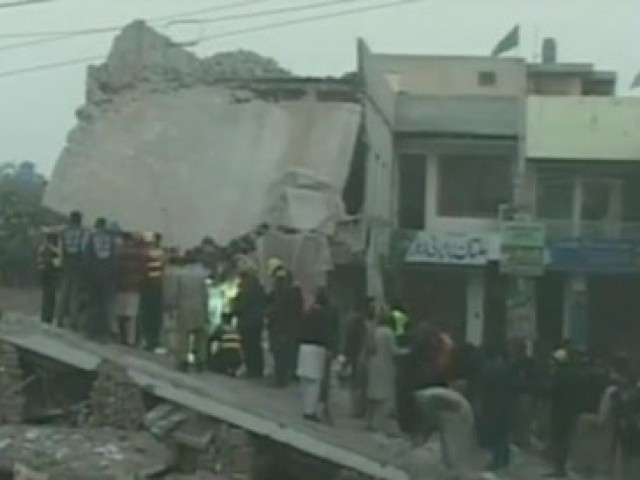 MULTAN: At least two people were killed, while dozens others remained trapped under the debris after an under-construction building collapsed in Multan on Tuesday.

The incident occurred on Bosan road, and a nearby restaurant, hotel and shops were also damaged.

Rescue 1122 rushed to the scene of the incident with six ambulances shifting those injured to Nishter Hospital.

According to Express News, heavy machinery reached the site, and was taking part in the rescue operation. Meanwhile, personnel of Pakistan Army also reached the site to help with the relief efforts.

Routine vehicular traffic was blocked on Bosan road to make way for ambulances.