Duncan was expect­ed to stand down on Saturd­ay, but held off after dissid­ent soldie­rs took over army bases on Friday­
By Reuters
Published: January 9, 2017
Tweet Email 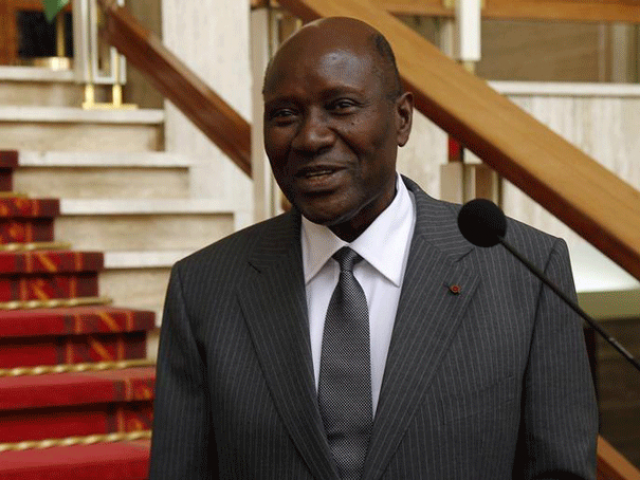 Ivory Coast Prime Minister Daniel Kablan Duncan resigned and dissolved the government on Monday, a move that had been expected following elections last month but which was delayed two days by an army mutiny.

Duncan had been expected to stand down on Saturday, but held off after dissident soldiers took over army bases in cities across the West African country on Friday demanding bonus payments. It took 48 hours to reach the deal to quell the revolt in an army that is made up of government troops and former rebels and riven with divisions.

“I have tendered my resignation and that of the government,” he said after a meeting with President Alassane Ouattara. Ouattara kept hold of his majority in the December 18 parliamentary polls. But legislative elections are usually followed by a change of government as a matter of procedure.

The resignations pave the way for the implementation of measures contained in a new constitution. Ivory Coast is French-speaking West Africa’s largest and most prosperous economy, as well as the world’s leading grower of cocoa. In 2011 it emerged from a spate of short wars and a protracted crisis lasting nearly a decade to retake its place as the economic engine of the region.

Ouattara signed a new constitution that had been approved by referendum into law in November, casting it as the way to ensure peace is maintained in Ivory Coast. It modifies clauses in the old constitution that lay behind the conflict, especially concerning nationality requirements for presidential candidates.

Though largely resolved, the aftermath of the conflict has left the government hostage to an ill-disciplined and factionalised military, and Ouattara’s inability to reign it in threatens to undermine its economic success.