Gas shortage: Illegal logging on the rise in capital

Gas shortage: Illegal logging on the rise in capital 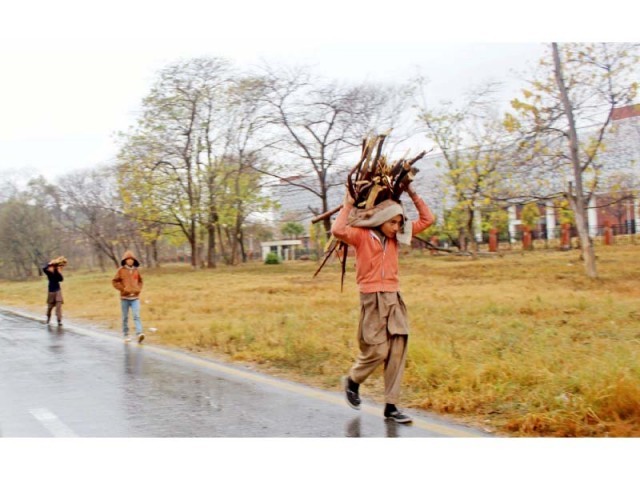 ISLAMABAD: Illegal logging on the outskirts of the twin cities has increased as gas supply waned in the wake of winter rains.

Demand for the use of Liquefied Petroleum Gas (LPG), kerosene and coal for heating and cooking have also seen a sharp rise.

Residents in the capital have pointed out that they are increasingly witnessing people chopping down wood in the forests around Islamabad as demand for firewood spikes.

Meanwhile, price of LPG has already skyrocketed to over Rs100 per killogramme while kerosene oil is also selling at substantially higher rates than the official price of Rs51 per litre.

However, only a few cases of illegal logging have been reported in the twin cities thus far.  The gas sector stands divided between household and commercial and industrial consumers, the fertiliser sector, power generation companies and the CNG sector. Singular supply cannot meet the demand, industry sources explained.