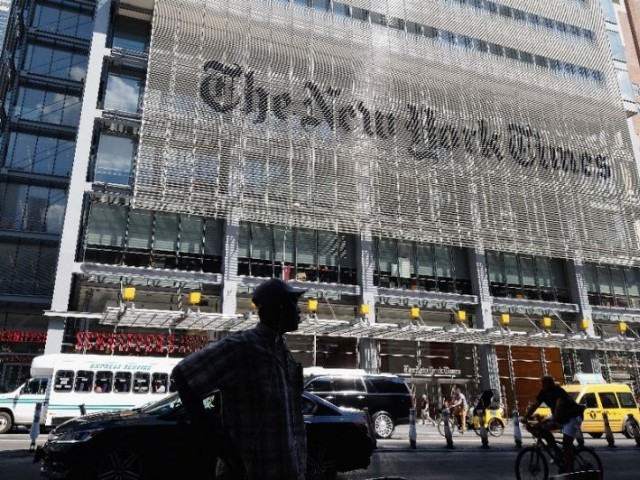 BEIJING: Apple has removed the New York Times from its China app store, the tech giant said, after authorities told the company the app breached regulations.

The US newspaper said both its English- and Chinese-language apps were pulled late last month, blocking one of the few remaining channels for readers in China to access its reports.

“For some time now the New York Times app has not been permitted to display content to most users in China, and we have been informed that the app is in violation of local regulations,” Apple spokesperson Carolyn Wu said in a statement to AFP. “As a result, the app must be taken down off the China App Store.”

When the situation changes Apple will offer the app again for download in China, she added.

The development marks the latest move by Beijing to suppress the newspaper’s output in China, after the government blocked its website following a 2012 Times report saying that former Premier Wen Jiabao’s family controlled assets worth $2.7 billion.

Incoming correspondents for The New York Times were not given Chinese residence visas in apparent retaliation.

China’s Communist Party oversees a vast censorship apparatus designed to censor online content they deem politically sensitive, while blocking some Western websites and the services of Internet giants including Facebook, Twitter and Google. In recent months Beijing censors had “struggled” to prevent readers from using the Chinese-language app, the Times reported.

A Times spokesperson said the company had asked Apple to reconsider its decision, it added.

“The request by the Chinese authorities to remove our apps is part of their wider attempt to prevent readers in China from accessing independent news coverage by The New York Times of that country,” spokesperson Eileen Murphy said.

China has seen a sprawling crackdown on dissent under President Xi Jinping, restricting citizens’ speech online and jailing hundreds of lawyers who had taken on civil rights cases considered sensitive by the ruling party.

At the same time the world’s number two economy is Apple’s second-biggest market, and a key part of its supply chain, where many of its products are manufactured.

Apple CEO Tim Cook is a frequent visitor to the People’s Republic and the company has made several large-scale investments in the country. The California-based firm announced last year it will open two research and development centres in Beijing and Shenzhen.

In December it bought a 30 percent stake in wind farm projects across China that will produce 285 megawatts of power, its largest clean energy project to date. It poured $1 billion into the ride hailing app Didi Chuxing in May, a move some observers saw as a strategic play to shore up sales in the Asian market and prepare for a rumoured move into self-driving cars.

But Apple has also struggled with the country’s Communist rulers, with its movie and book services shut down last year by Chinese authorities, shortly after launching.

Chinese foreign ministry spokesperson Geng Shuang told reporters Thursday that he was “not really aware” of the removal of the New York Times app.

Sales of the iPhone have slumped, with revenues in the key “Greater China” market down 30 percent in the fourth quarter to $8.8 billion, according to Apple’s annual report.

India to have ‘eye in the sky’ to spy on Pakistan, China