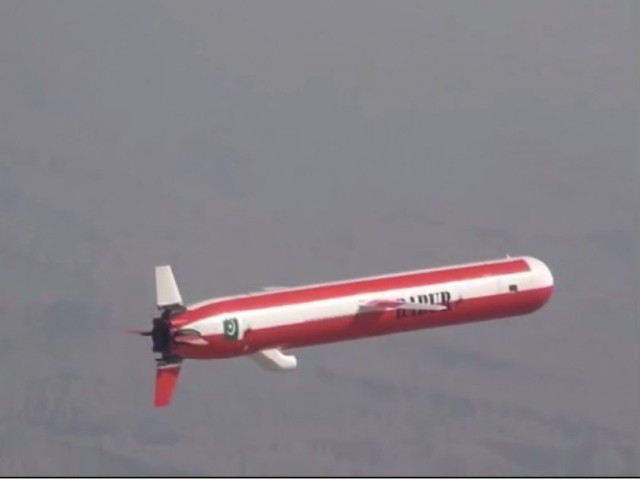 The indigenously designed missile has certain stealth features and is capable of carrying warheads. PHOTO: ISPR

“Babur Weapon System version – 2 incorporates advanced aerodynamics and avionics that can strike targets both at land and sea with high accuracy, at a range of 700kms,” military media wing Inter-Services Public Relations (ISPR) in a statement.

“It is a low flying, terrain hugging missile, which carries certain stealth features and is capable of carrying various types of warheads.”

Babur Weapon System, according to the ISPR, will be an important force multiplier for Pakistan’s strategic defence as it is equipped with navigational technology, enabling it target with accuracy even in the absence of GPS system.

The launch was witnessed by Chairman Joint Chiefs of Staff Committee General Zubair Mahmood Hayat and other senior officers from Strategic Plans Division and Strategic Forces.