The smartp­hone is expect­ed to be releas­ed next year
By Tech Desk
Published: December 12, 2016
Tweet Email

However, the once iconic smartphone brand has some smartphones in the pipeline including the rumored DTEK 70. Leaked images of what appears to be the new device have now surfaced on Chinese micro-blogging site Weibo. 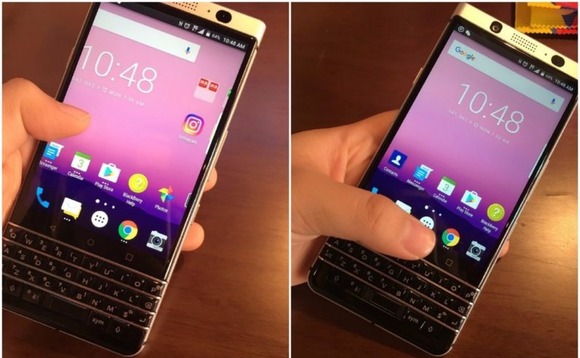 The images show a device the employs a traditional bar form factor and features Blackberry’s trademark QWERTY keyboard. The images also highlight huge front camera sensors and suggest the phone will run on Android as opposed to Blackberry operating software.

The leaked images don’t mention any details of the smartphone, though it has been suggested that the phone may feature a 4.5-inch display running on a Snapdragon 625 processor mated with a 3GB RAM.

The smartphone is expected to be revealed early next year. However, the exact date of its launch is yet to be confirmed by BlackBerry.

This article originally appeared on The Inquirer.