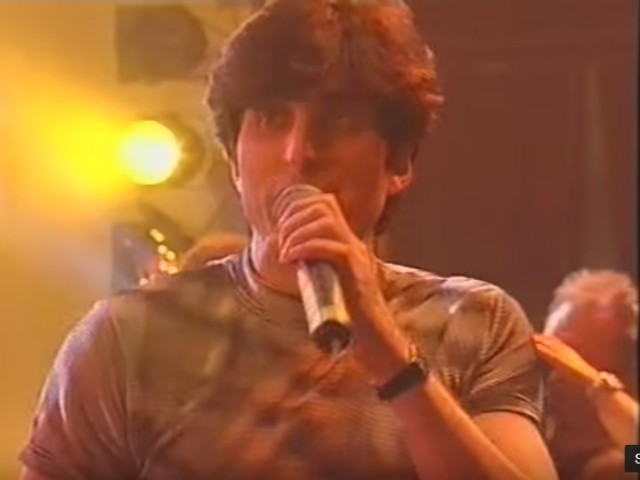 Iconic singer Junaid Jamshed was a veritable powerhouse of talent. So it comes as no surprise that his fans are now scouring the internet to find old music videos of him. A little scouring of our own led us to some truly remarkable concert footage of Vital Signs.

In the videos we found, the then young pop singer is seen sporting a tight T-shirt and black jeans. One cannot imagine what fans at the time must have felt, but minutes into the concert footage one is clearly taken aback by the Junaid’s onstage presence and dashing good looks.

You have to see it to believe it:

Junaid Jamshed died along with 47 others on Wednesday when a PIA ATR-42 aircraft crashed near Abbottabad. Born on September 3, 1964, Junaid shot to stardom in the 1980s as the front man of Vital Signs.

The band delivered several chart-topping numbers and became the first Pakistani band to achieve commercial success. In the late 90s, the band members went their separate ways, with Jamshed launching a solo career.