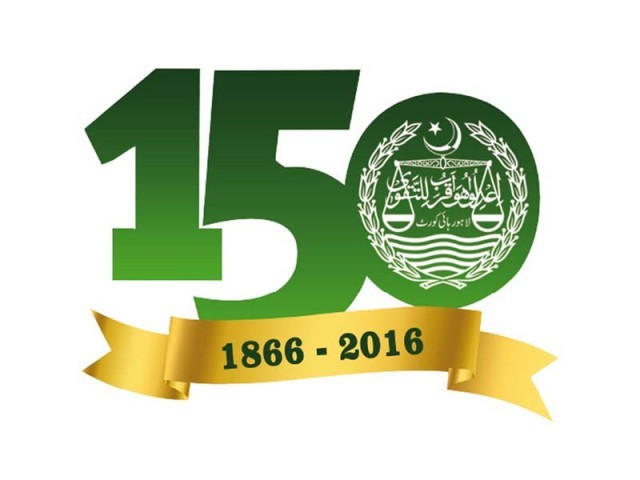 CJ says 150-year celebrations would be incomplete without condolence reference

This reference was a segment of the LHC’s ongoing 150th celebrations which will conclude on December 10.

The CJ said the LHC maintained its wonderful tradition by honouring some of the illustrious figures who are no longer amongst us. He said the last condolence reference took place in 2009.

CJ Shah said that the court started its journey in 1866 and has completed 150 years of dispensing justice in 2016. “Our 150th Anniversary would be incomplete if we did not pay homage and tribute to our elders. Judges and advocates gave golden years of their life to this institution, leaving an indelible mark on its memory.

He then turned his attention to some of the notable judges lost over time.

While reading the reference, he said Justice KMA Samdani was born on May 13, 1932. He was elevated to a judge of LHC in 1972 and remained in that position till 1981. He did not take oath under PCO in 1981 and consequently was deemed to have resigned from service. He passed away on April 11, 2013, the CJ said.

Justice Dr Javid Iqbal, he said, was born in Sialkot on 5th October, 1924. He represented Pakistan as a delegate at the United Nations from 1960 to 1962, as well as in 1977 and during this period he lectured on the ideology of Pakistan at numerous universities in the United States, Canada, Europe and Turkey. He was elevated as a judge of the LHC on July 30, 1971 and appointed as Chief Justice of the LHC on 21st March 1985. He passed away on October 30, 2015, Justice Shah said.

Turning his attention to Justice Muhammad Hassan Sindher, CJ Shah said the former was born on February 24, 1922 in Bahawalpur. He was elevated to the LHC on November 27, 1977 and retired on March 25, 1981.

The CJ said Justice Mian Nisar Ahmed, father of SC Judge Mian Saqib Nisar, was born on August, 1, 1930, in Lahore. He was elevated as LHC judge on July 11, 1979, but stepped down from office on July 10, 1980 when he refused to take oath under an unconstitutional regime. He died on 8th September, 2011.

CJ Shah added that Justice Sheikh Abdul Mannan was born on 6th November, 1933 at Pathankot district Gurdaspur. He was elevated as an LHC judge in 1992 and died on November 15, 2016.