Raymond Davis affair: What next?

Raymond Davis affair: What next?

Whethe­r Davis has diplom­atic immuni­ty needs to be decide­d not by a court of law but by the foreig­n office.
By Editorial
Published: February 27, 2011
Tweet Email 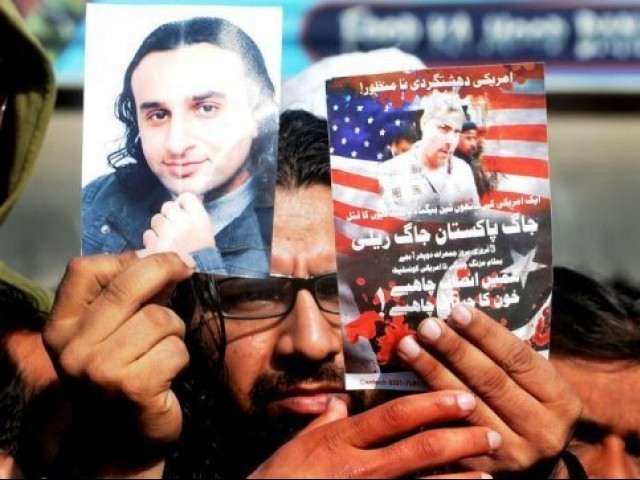 The Raymond Davis affair simmers on and on — sometimes reaching boiling point, at other times going back to a less dramatic situation. Davis has made it clear that he is unwilling to accept the authority of Pakistani courts to determine his fate. Before a Lahore district judge on February 26, he refused to receive the charge sheet which was presented to him for a case accusing him of murder — arguing that he enjoyed full diplomatic immunity. The judge adjourned the hearing after asking Mr Davis to engage a lawyer and, at the same time, also sought help from the government on the immunity issue. During the course of the hearing, Mr Davis had provided a letter from the US embassy which he said was evidence of his diplomatic immunity — and hence he could not be tried by the court. The case is far more complex than anything that can be dealt with by the lower courts. Following the revelation that Mr Davis works on behalf of the CIA — something that may not have been altogether unexpected given the nature of ties between Pakistan and America — the issue has become even more sensitive, not least because of the public reaction to it.

Having said that, it is worth reiterating that the matter of whether Mr Davis is eligible for diplomatic immunity needs to be decided, not necessarily by a court of law, but by the Foreign Office, since it would — or should — have the documents that would decide, once and for all, whether the American is entitled to what he is claiming is his right under the Vienna Conventions. Perhaps what is to follow on this front in the coming days should be seen in light of meetings between army chief General Ashfaq Pervez Kayani and senior American military officials in Oman, earlier this week. The option of the Americans paying diyat to the families of the three victims is also a possibility, with at least one Lahore-based weekly claiming some days ago that the family of the third victim who was run over has already accepted an out-of-court settlement. The way forward is clear: In the short run, resolve the matter sooner than later and, in the long run, review the arrangement which enabled such an incident to happen.