The Consor­tium also may consid­er adding an emoji of a male headsc­arf
By Tech Desk
Published: November 12, 2016
Tweet Email 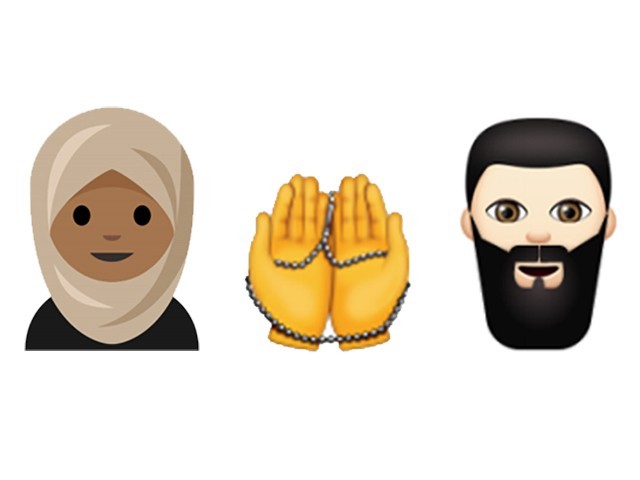 The Consortium also may consider adding an emoji of a male headscarf. PHOTO: UNICODE

The Unicode Consortium has announced the approval of 51 new emojis that include the much anticipated hijab emoji along with a prayer emoji for Muslims. The shortlisted emojis are expected to be encoded in the upcoming Unicode 10 next year.

The 51 new emojis also feature a woman breastfeeding a baby, a bearded man and a woman practicing yoga.

The hijab emoji was first introduced by Rayouf Alhumedhi, a 15-year-old Muslim girl who submitted a proposal to Unicode. The emoji featured on Unicode’s proposal looks remarkably similar to that of Alhumedhi’s.

The Consortium also notes that it may consider adding an emoji of a male headscarf or keffiyah predominantly worn by men in the Middle East.

Disney launches Emojis based on its most-loved cartoon characters

Emojis a have become a crucial way of communication in the digital age where millions use them to convey feelings and appearance.

The inclusion of the hijab emoji was welcomed on Twitter as a triumph for diversity.

A hijab emoji. In a world that is increasingly backwards, there is hope that technology will continue to be progressive. https://t.co/W5ZBo7Rx4K

Creating a woman in a hijab emoji is another small step forward! https://t.co/4qVgYnbRMX

It is worth mentioning that the emojis, though approved, may not make it to the final version of Unicode 10 and can vary in design shown in Unicode’s documentation.

He started his company in a basement. Now it’s worth over a hundred million dollars