Naseer­uddin has emerge­d as one of the voices of clarit­y on the issue
By Entertainment Desk
Published: October 24, 2016
Tweet Email 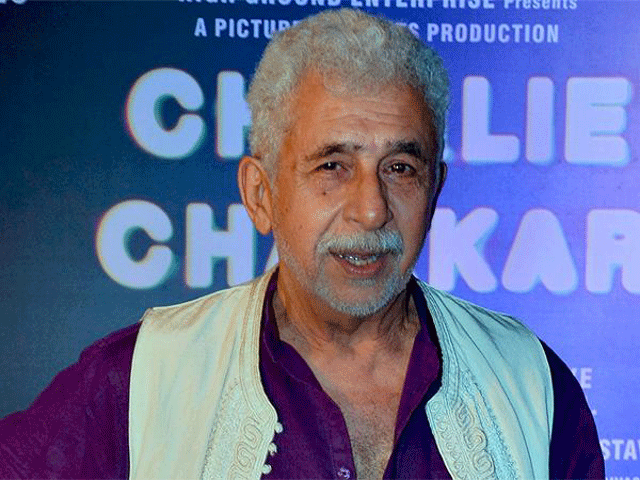 Naseeruddin has emerged as one of the voices of clarity on the issue PHOTO: ECONOMIC TIMES

Addressing the media during a book launch, Naseeruddin slammed MNS for their political wrangling and double standards on the issue, Times of India reported.

“The film industry is an easy target. They (MNS) have as much fun targeting the industry as they would have while watching films made by Bollywood. We haven’t broken diplomatic ties with Pakistan, nor are we in the state of war, or have sealed our borders,” the veteran actor said.

“Only artists who aim to spread the message of love and peace are being attacked,” he added.

The Jeewan Hathi actor said MNS instead of threatening multiplex owners over the release of Ae Dil Hai Mushkil which features Pakistani actor Fawad Khan, should fight “enemies on the border”.

“According to me, the brave hearts (MNS) who are threatening them (makers and multiplexes) with dire consequences should fight the enemies on the border, kill Pakistani intruders. What’s the point of threatening defenseless/harmless artistes?” Shah was quoted as having said.

Pakistani actors are dying to come to India: Naseeruddin Shah

Amidst the ongoing clamor over  cross-border tension between India and Pakistan spilling in the entertainment industry, MNS called for a ban on Pakistani artists from India’s showbiz world. Consequently, a few Pakistani theatres have pulled down Indian movies from their screens.