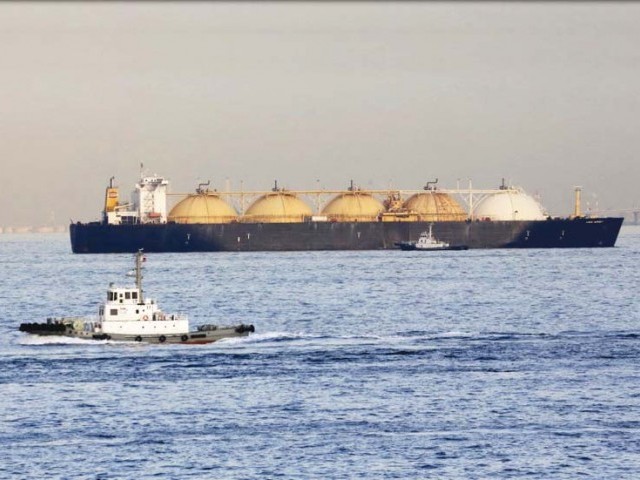 ISLAMABAD: As Pakistan is seeking liquefied natural gas (LNG) supplies to do away with long-running energy shortages, Russian and Malaysian companies are likely to win the race as they could be awarded billions of dollars worth of contracts, officials say.

Other energy companies, particularly from the Middle East and Europe, are also vying to win LNG supply orders, but they are lagging behind.

Owing to growing relations between India and the United States, which is Russia’s arch rival in the global political scene, Moscow is looking towards Pakistan for deeper economic ties.

Already, Russia is at an advanced stage of talks on laying a $2-billion LNG pipeline from Karachi to Lahore for the transport of imported gas.

The Ministry of Petroleum and Natural Resources is seeking the go-ahead of the Economic Coordination Committee (ECC) to start negotiations on LNG prices with the Russian and Malaysian companies and award them supply contracts, officials say.

Qatar is the first country that has captured Pakistan’s gas market with an LNG export contract valuing over $15 billion.

The government has set up Pakistan LNG Limited to secure LNG deals through open competitive biddings as well as through government-to-government arrangements.

According to officials, Pakistan LNG has informed the petroleum ministry that it is engaged in negotiations with Petronas of Malaysia and Gazprom of Russia in a bid to strike LNG supply agreements.

The company is also negotiating with Engie of France, Eni (Italy), OTI (Oman) and Socar (Azerbaijan) for LNG import. Any agreement reached with these companies will be executed after completing required formalities.

Considering it a capital-intensive project of national importance, the Ministry of Petroleum has suggested that a price negotiating committee should be constituted to finalise the LNG price and other important aspects with Petronas and Gazprom.

In the case of Qatar too, a price negotiating committee had been set up for critical talks on the price at which LNG would be supplied.

The first LNG terminal built at Port Qasim has already started working on March 27, 2015. Pakistan State Oil (PSO) is continuously receiving LNG cargoes under a competitive bidding process as well as under state-to-state arrangement from Qatar.

Over 43 LNG cargoes have been handled at the terminal and 400 million cubic feet of re-gasified LNG is being injected every day into the national grid.

For the past few years, Pakistan has been enduring acute gas shortages both for electricity generation plants and for general use by varying sectors.

Punjab has faced its worst gas shortage during this period. This winter, domestic consumers in the province will experience a suspension of gas supply in the night for the first time.

Pakistan produces nearly 4 billion cubic feet of natural gas per day (bcfd), way short of the demand for 6 bcfd, which is continuously rising. The energy deficit has not only caused hardships for the ordinary people in their daily life, but has also hurt economic growth of the country. In the face of the grave situation, the government is aggressively pushing ahead with the import of LNG to bridge the shortfall.