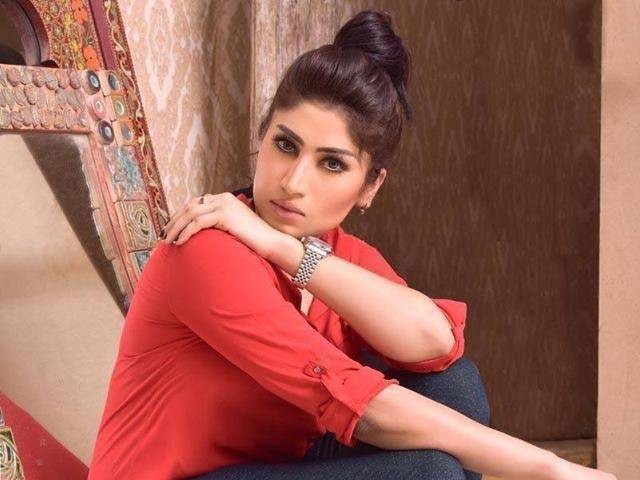 I recently watched a video placed online by Digital Rights Foundation (DRF) on the plight of Qandeel Baloch’s parents after their daughter’s cold-blooded murder. Watch it if you can. They wailed that their daughter had been a victim of abuse from an early age. Her husband electrocuted her when she was 12 and yet she became the bad guy for abandoning the marriage. But weren’t her parents the ones who got her married as a child? Anyhow, they continued to proclaim that they were proud of their brave daughter because she took great care of them and single-handedly ran the house. I might sound cynical but here’s the crucial part — she ran the house. Their son didn’t. She was going to take her father for medical treatment on the morning she was murdered. Now had Qandeel been unable to provide for her parents, would she have been as wonderful and intrepid a daughter that they claim she was? Would they have been this magnanimous to deify her?

No marks for guessing that in the prevailing stone-age patriarchy, had the son been the bread-winner, he might have been the apple of their eye despite his shameful antics.

As tragic and futile as Qandeel’s death is her posthumous recognition. The heaping of endless encomiums on her stems from a sense of guilt and pity. Many of those who dissed her while she was alive, did a shocking volte face after her untimely death. They suddenly called her a selfless woman who lived life on her terms. She was hailed as the brave-heart who shattered the warped and stereotypical image of women in Pakistani society. Several women’s rights organisations woke up from slumber to champion her cause, hail her as a feminist icon and make her their poster girl. Her death catalysed the approval of the anti-honour killing bill by Parliament. This nauseating hypocrisy is a sad reminder of how we choose to conveniently value people in death than in life.

The good news is that DRF is planning to set up a fund to provide financial support to Qandeel’s parents.The sight of old, crumbling parents in an appalling state would make anyone shed a tear, but can we exonerate them from blame? Truth be told, they are symbolic of thousands of regressive Pakistani families who are complicit for relentlessly shaming and dismissing the women in their homes, but still remain silent because their girl is a cash cow.

No Bollywood? Not smart!

A decision made by an Indian producers’ association to ban Pakistani artistes from Bollywood may have been one driven by myopia, emotion, patriotism, or whatever else. The reactive banning by Pakistan of Indian films will, no doubt, affect business for Indian studios but what needs comprehension is that the revenue from Pakistan, in the larger scheme of things, isn’t significant enough for Bollywood to drool over. It remains to be seen how Pakistani cinemas survive in the wake of a Bollywood black-out. It is commonly known that about a decade back, the advent of Bollywood in Pakistan had stopped cinemas from getting demolished and paved the way for state-of-the-art cineplexes to emerge. As money began flowing into the box office, Pakistani filmmakers got a boost to make local films all over again, resulting in the so-called revival of Pakistani cinema, which the media does not tire of celebrating. The number of Pakistani films released this year is barely 20, not counting Pashto and Punjabi product. Only a handful has fared well. With Bollywood contributing a chunk of the revenue, the ban will surely stop all growth in the Pakistan cinema industry in its tracks.