The sad saga has now reache­d a stage where doors are slammi­ng shut on the genius­es who dreamt up this scheme­
By Fahd Husain
Published: October 15, 2016
Tweet Email 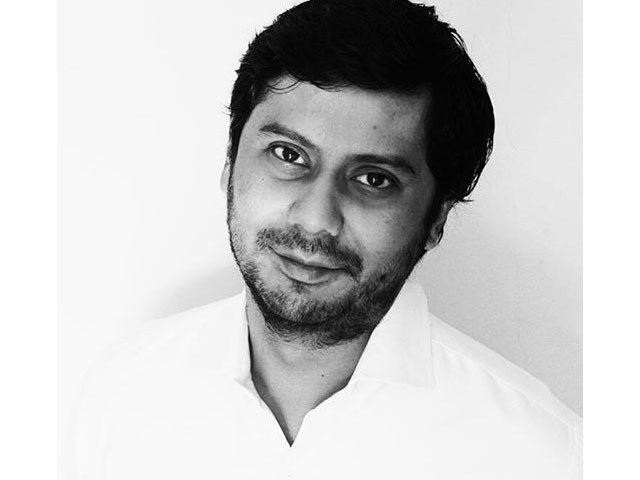 This just can’t end well for the government.

There’s a nightmare brewing within the corridors of power but strangely all those who should be seriously worried are oblivious to the obvious dangers of cutting the branch they are sitting on. Our very own Cyril Almeida may be off the Exit Control List but who is going to get the State off the Commonsense Control List?

The arithmetic of the unfolding fallacy is not really that complicated: no State worth its salt can, or should, allow itself to come unhinged on the basis of a front page story. Yes this may not be music to the ears of journalists like Almeida, or myself, but the fact is that States are made of stronger stuff. They are meant to absorb greater shocks than ones triggered by bylined wisdom splattered on the pages of morning newspapers daily by one of us armchair warriors. States and their offspring governments are supposed to battle external enemies and internal militants; they are supposed to combat the menace of terrorism and extremism and secure the nation against existential threats; they are not — I repeat, not — expected and mandated to go to war against peddlers of free speech.

The situation is grim indeed, though not from the perspective of Mr Almeida. Consider where things stands now: One, the government has launched a formal investigation into how the story was leaked — and more importantly, who leaked it. Two, this investigation cannot end up without an answer because the highest and the mightiest in the land have now staked too much into it. Three, the investigation will most likely be conducted by delving deep into phone records etc to establish who was in touch with Mr Almeida in the days after the said meeting. This may mean looking into the call histories of all the people concerned. Four, all the people “concerned” should be really seriously deeply concerned because despite their exalted status each one of them is a possible suspect. Five, this means the “whodunnit” mystery has now kicked in the mode of Agatha Christie and Sherlock Holmes and there’s actually something elementary about it. Six, this elementary part revolves less around who wrote the story (thanks to Mr Almeida’s prominent byline) and more on who leaked it to him. For Mr Almeida the worst may already be over (we hope) but for the “leaker” the worst is lurking around the corner. Seven, whenever the investigation zeroes in on the leaker and identifies him publicly, has no Einstein within the government realised the impact this will have on the government itself?

Here’s where things begin to get interesting and we get a sneak peek into the deep hole that the government is digging for itself. First came the clarification to the story, then the amendment to the clarification followed by the clarification to the amended clarification — all in one evening. Apparently the use of the term “half truths” in the original clarification was not deemed truthful enough for the reader who in any case is fed half truths — and often half baked truths — by the state machinery entrusted with the business of baking truths as per the convenience of those who run the State and government. And yet the power of truth — half, semi or quasi — is not really unleashed fully till it’s mated with high octane vengeance.

And vengeance against this “bylined aggression” demanded another high-level meeting, and another high-sounding statement laced with highly enriched actionable items. So it transpired that “stern action” was demanded against all involved. And a few days later yet another statement and then another. At the heart of all of them nestled a lament borne of deep anguish about the loss of innocence through a breach of national security. Mr Almeida, it appeared, had cut deep gash across the delicate milky white forehead of national security which now lay on the floor writhing in pain.

Except that’s not entirely true.

Like beauty, national security too may lie in the eye of the beholder, and therefore may be open to differing perspectives. Yes there exist laws to determine when national security is violated but often the legal net is not as expansive as the perception of violation. Put it simply, it’s not always as easy to establish a violation of national security as many in governments and militaries would like to imagine the world over.

In the case of Mr Almeida it gets even more complicated. He did not spill any state secrets in his report, he did not break any law of the land and he certainly did not challenge the ideology of Pakistan. One may take exception to his sourcing and his colourful narrative style, but that’s a case for journalism puritans, not national security mandarins.

And so while the world was amused at the government’s exaggerated reaction to the Dawn story, and it was amused in a bemused way at the ECL fiasco, it is sure to get concerned if the issue transforms into something involving legal proceedings. There is well-established concept called the freedom of expression and the democratic world takes it seriously. This freedom is not a theoretical one; it has been honed over hundreds of years through trials and tribulations both in theory and practice. This freedom is weaved into the tapestry of a modern progressive and pluralistic society and is burnished into its statute books. It is not a joke. And the world will not be laughing if the government proceeds to undermine it.

The sad saga has now reached a stage where doors are slamming shut on the geniuses who dreamt up this scheme. It may turn out that the only person who comes out smiling at the end will be none other than Mr Almeida. How’s that for federal karma?