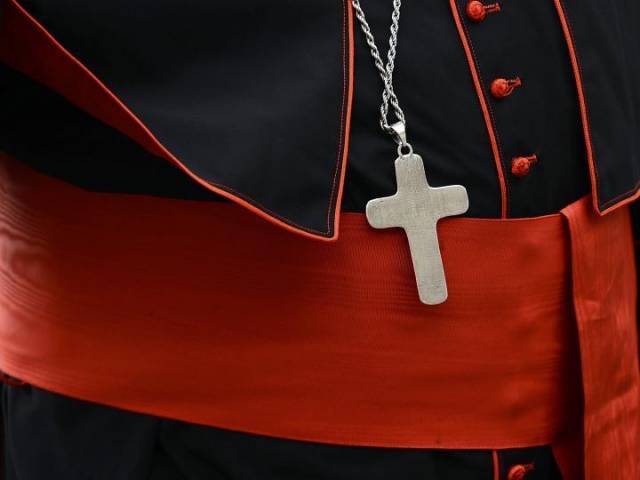 Dr Paul Bhatti said he was working for interfaith harmony without waiting for the government to start such efforts. PHOTO: REUTERS

LAHORE: When a delegation of Islamic clerics from different sects visited the Vatican in September, most of the questions they were asked pertained to the state of Christian-Muslim relations in Pakistan.

On being informed that, apart from some tragic incidents, Muslim and Christian leaders enjoyed good relations, the Church leaders wanted to visit Pakistan to observe the situation for themselves.

Consequently, a delegation of church leaders from Italy has arrived in Pakistan on the invitation of Dr Paul Bhatti, a former PPP federal minister for interfaith harmony and a brother of slain former federal minister Shahbaz Bhatti. Paul is also the chairperson of All-Pakistan Minorities Alliance.

A member of the visiting delegation and Superior General at the St Anthony’s Church in Padua, Italy, Don Adriano Cevolotto, told The Express Tribune the delegation was happy to see that in Pakistan the majority stood for the minority in tragic times.

He added that the situation for minorities may not be ideal in the country but people like the late Shahbaz Bhatti and now Paul were doing a wonderful job of trying to bridge the gap between different religions.

The delegation, which also includes a member of the press, stayed in the native village of Shahbaz Bhatti. It visited the Badshahi Mosque in Lahore and the Faisal Mosque in Islamabad apart from meeting leaders from the Christian and Muslim communities.

A journalist and member of the delegation, Scarsato Fabio, said the visit had been nice, adding that such interfaith dialogues were the way to bring people from different religions and cultures together.

Badshahi Mosque Grand Imam Abul Kher Azad said he had called on the Pope when he had visited the Vatican and recalled that the Pope had been very kind and had prayed for good relations between Muslims and Christians.

The grand imam also appreciated the efforts of Shahbaz Bhatti and others working to serve humanity and to bridge differences between religions.

Dr Paul Bhatti said he was working for interfaith harmony without waiting for the government to start such efforts. He added that, as a federal minister for interfaith harmony, he had held meetings all over Pakistan and lamented the fact that that ministry had now been abolished and merged into another department.

He called the interaction of Church leaders with their counterparts in Pakistan fruitful, adding the church leaders were of the opinion, and the Pakistani scholars agreed, that such exchanges should continue.

Other members of the visiting delegation were Francisco Dalfonso and Zamengo Giancarlo.

Irregularity in results: Students protest against Inter board staff