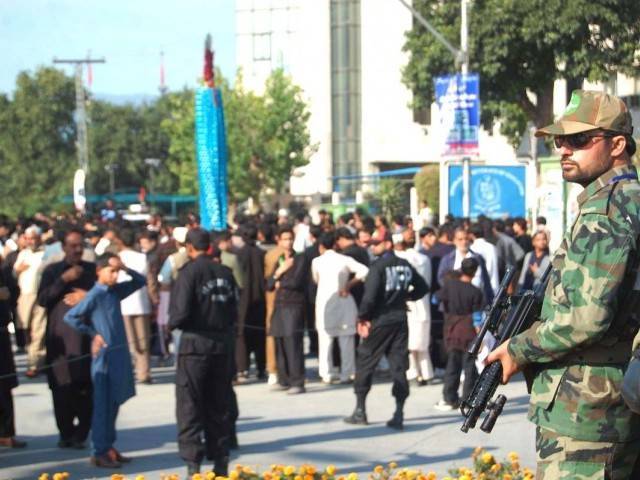 According to the Sukkur DIG’s media liaison officer, 755 large and small processions will be carried out till Muharram 12 in the Sukkur region, along with 3,304 majalis. Around 10,029 policemen will be deployed for security during this period. Besides this, Rangers personnel will also be deployed and army contingents will be available as backup, he said.

The DIG added that for this purpose, 3,190 policemen have been deployed in Sukkur, 2,468 in Ghotki and 4,371 in Khairpur district. A central monitoring cell has been established at the DIG office for keeping a vigilant eye on people’s movement. The DIG has appealed to the general public, especially religious clerics, to maintain peace and brotherhood during Muharram.

Workplace hazard: Police have yet to investigate deaths of textile workers