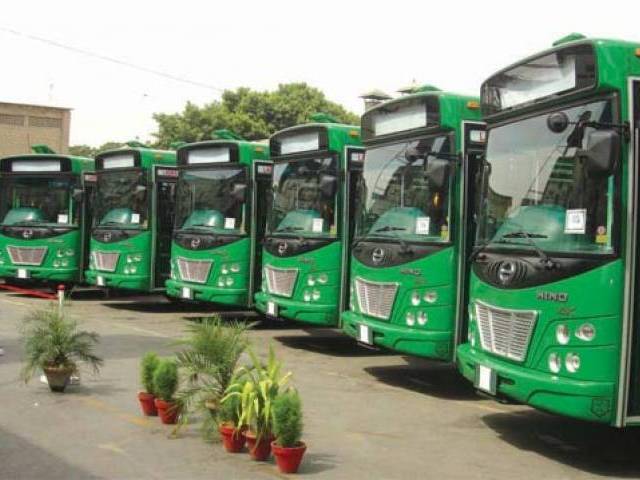 The Central Development Working Party (CDWP) approved ten schemes at a cost of Rs91.6 billion. The CDWP has the mandate to approve up to Rs3 billion schemes and recommend projects that have a higher cost for final approval of the Executive Committee of National Economic Council (Ecnec).

Headed by Planning Minister Ahsan Iqbal, the CDWP revised the cost of Karachi metro bus project upwards by 52% to Rs24.6 billion in addition to approving changes in its design. In December 2014, the Ecnec had approved the mass transit project at a cost of Rs16.1 billion after it cut the length of the route by 3.2km.

However, the provincial government expressed concerns and Prime Minister Nawaz Sharif announced to extend the scope and length of the project. In February this year, the Prime Minister had inaugurated the Green Line BRT at Karachi’s Anu Bhai Park.

The project starts from Karachi’s Surjani Town area and will now go all the way to the Central District business area in Saddar. The federal government is funding the project.

The CDWP also approved to conduct a detailed engineering design of the Peshawar bus rapid transit project at a cost of Rs1.25 billion. The provincial government had to seek CDWP’s approval due to the project’s foreign funding.

The CDWP cleared a revised Rawalpindi-Islamabad metro bus project at a cost of Rs44.7 billion for final approval of the Ecnec. Unlike almost every other project that is put for revision due to escalation in cost, the Islamabad metro project was brought for the CDWP approval after savings occurred against original estimates. However, the cost of allied infrastructure is not part of the PC-I approved by the CDWP earlier.

In water resource sector, the CDWP approved capacity building of the office of Pakistan Commissioner for Indus water project at a cost of Rs303 million. Although the capacity-building project had been conceived much before escalation in tensions between India and Pakistan, the importance of the Indus Water Commission has suddenly increased after Prime Minister Narendra Modi reviewed the possibility of suspending the bilateral 1960 Indus Basin Treaty.

The CDWP approved establishment and operationalising of Basic Education Community Schools (BECS) across the country at the total cost of Rs5.3 billion. While giving his observation on the project, Iqbal directed the Federal Education Ministry to engage provincial authorities to avoid redundancy and decrease duration of the programme from three to two years starting from 2016 to 2018.

In the health sector, CDWP approved construction of a 150-bed state-of-the-art hospital at Haveli Kahutta, AJK, at a cost of Rs1.7 billion.  In the IT sector, the CDWP approved citizen feedback monitoring program at a cost of Rs212 million and recommended Pehur canal extension project in district Swabi worth Rs10.2 billion to Ecnec.

The CDWP also gave concept clearance of two projects including Karachi harbour crossing at the cost of Rs1 billion and establishment of new geodetic datum of Pakistan worth Rs1.6 billion.