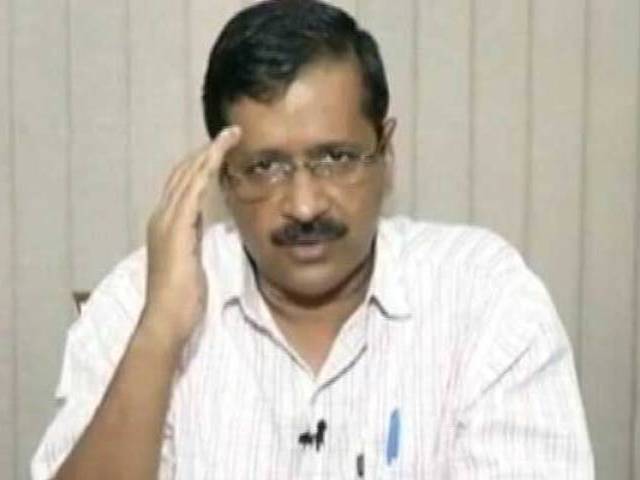 KARACHI: Following suspicion raised by international media over India’s claim of carrying out “surgical strikes” against ‘militants’ in the Pakistani side of Kashmir, politicians across the border have now started questioning the authenticity of the incident.

Chief Minister of Delhi Arvind Kejriwal on Monday urged Indian premier Narendra Modi to release evidence of the ‘strikes’ which are still shrouded in mystery. Pakistan has already ripped to shreds the farcical claim as an “illusion being deliberately generated by India to create false effects”.

Claiming that foreign media appears to be backing Pakistan’s claim, Kejrival, a stern critic of Modi, in a three-minute-long video message posted on his Facebook page, said: “My blood boils to see such reports. Pakistan is trying to internationally defame India [therefore] I appeal the prime minister… to expose the propaganda…The nation stands with you…”

The 46-year-old CM and leader of India’s Aam Aadmi Party (AAP) demanded Modi to release a video footage of the ‘surgical strikes’.

The development comes two days after after Pakistan Army took local and foreign journalists on a rare visit to forward locations along the Line of Control (LoC). The journalists represented international media outlets, including CNN, BBC, VOA, Reuters, AP, AFP and Newsweek. The purpose of the embedded tour was to allow journalists to independently investigate the Indian claim.

The journalists were taken to mainly two spots of Boxor Formation and Hotspring Formation out of the 190-kilometre stretch of the LoC, where India claimed it forces had carried out the ‘strikes’. At both locations, which are about 50 kilometres apart, no signs of destruction or casualties were found except the two Pakistan Army soldiers, who had been killed – one each at the two formations – due to unprovoked firing by Indian forces.

India’s state minister Rajyavardhan Singh Rathore has already accepted that “no aerial operations were included in the operation”. Rathore’s remarks endorsed the version of the army’s media wing, ISPR, which insisted: “there has been no surgical strike by India, instead there had been cross-border fire initiated and conducted by India.”

“There were no aerial strikes,” Rathore told The Hindu. He said the Indian army crossed the LoC “on the ground” for carrying out what he termed were “pre-emptive strikes”. “That is not like crossing the international border.”

Tensions between the two arch rivals have been boiling since the Indian government accused Pakistan-based militants of launching an assault on an army base in Uri sector of occupied Kashmir last month that killed 18 Indian army soldiers.