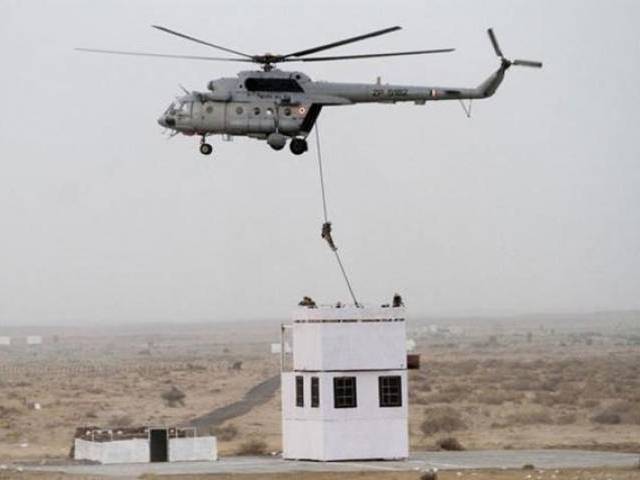 Just a day after India claimed that its army carried out “surgical strikes” inside Pakistan with the support of military choppers, a senior Indian minister retracted the claim saying “these did not involve any aerial operations.”

“There were no aerial strikes,” Indian Minister of State for Information and Broadcasting Rajyavardhan Singh Rathore, himself an ex-Indian Army man, told The Hindu during an interview.

Rathore said the Indian Army crossed the Line of Control (LoC) “on the ground” for carrying out what he termed were “pre-emptive strikes”. “That is not like crossing the international border.”

On Thursday, soon after the Indian military claimed that it had carried out “surgical strikes” against perceived “terrorist launch pads” on the Pakistani side of the LoC in disputed Kashmir region, the Pakistani Army ripped to shreds the Indian farcical claim as an “illusion being deliberately generated by the Indians to create false effects”.

Rathore’s remarks appeared to endorse the version of the army’s media wing, ISPR, which insisted: “there has been no surgical strike by India, instead there had been cross-border fire initiated and conducted by India.”

The Indian Express had called it a “defining moment” but said the government must now be vigilant to ensure that the “clamour for more” did not fuel an escalation in hostilities.

The Hindustan Times welcomed the strikes in an editorial headlined “Befitting response”, and said India would “take satisfaction from the revenge, served cold”.

The Indian army provided little insight as to how the entire operation was conducted. The media there, however, said the operation was a combination of heliborne and ground forces. Special forces were para-dropped for the operation, it added. It said alleged terror launch pads targeted were in the range of 2- 3 kilometres from the LoC.

Some Indian news websites, which mentioned the use of helicopters in the operation: