MQM Chief Altaf Hussai­n said that certai­n elemen­ts are trying to fuel ethnic riots in Sindh. He said this during the...
Published: May 9, 2010
Tweet Email 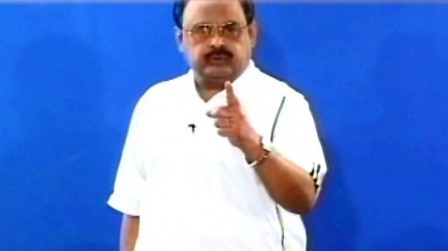 KARACHI: MQM Chief Altaf Hussain said that certain elements are trying to fuel ethnic riots in Sindh. He said this during the Rabita Committee’s meeting held simultaneously in London and Karachi on Sunday.

The MQM chief added that the people of Sindh should be wary of conspiracies and remain united, while he accused landlords of hatching linguistic conspiracies in Sindh.

Sources say the MQM Coordination Committee may take a decision for MQM to quit the coalition during its meeting today due to the Hyderabad district controversy.

Sources also say that all provincial and federal ministers and advisors of MQM have already submitted their resignations to the MQM coordination committee.

Federal minister for petroleum and natural resources Syed Naveed Qamar said a decision to restore Hyderabad to its earlier status as a single district has not been taken as yet. He said the MQM’s reaction to the proposals is premature.

Speaking to the media at his residence in Hyderabad, Naveed Qamar said restoration of the district to its previous status is a long held demand of the people.

He stressed that former President Pervez Musharraf’s decision to divide the district was unjust and did not even comply with legal requirements at the time.

Naveed Qamar said the Pakistan Peoples Party always takes on board sentiments of locals and alliance partners when making such a decision.

The party in this case, he said, will follow its tradition of negotiations and move ahead after consensus is forged between the two parties.