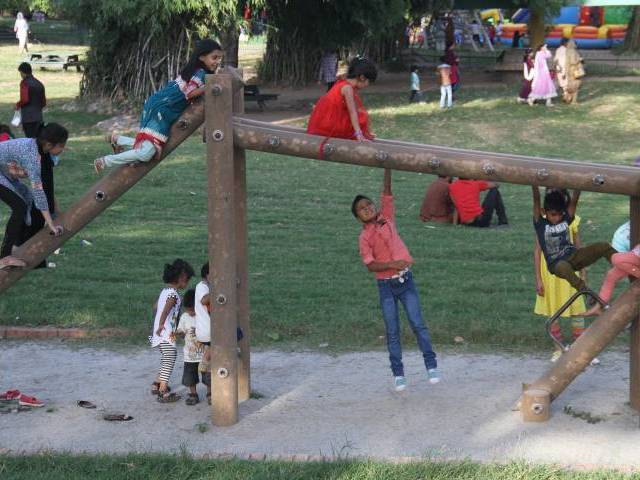 In modern times, parks are not considered amenities but rather necessities, providing recreation and essential respite from the city’s hustle and bustle. PHOTO: INP

BAHAWALPUR: The government has set aside Rs565 million for establishing state-of-the-art horticulture parks on 155 acres of land in three districts of Bahawalpur Division.

The mega recreational projects will be initiated in Bahawalpur, Bahawalnagar and Rahim Yar Khan districts under the next fiscal year’s development programme.

These details were shared by Bahawalpur Commissioner Saqib Zafar while chairing a meeting at his office on Friday. “These projects will provide decent recreational facilities to millions of residents along with enhancing health, aesthetics and environmental profile of these three districts,” he said.

Zafar said the projects included a park in the Bahawalpur district spread over an area of 67 acres that would be built with an estimated cost of Rs187 million.

The commissioner directed the officials to take effective measures to discourage the culture of wall-chalking and pasting banners on buildings that damaged the aesthetic look of urban areas.

Parks and Horticulture Authority Director-General Dr Ehtesham Anwer Mahar said greenbelts and flowerbeds would be planted along all major roads of the city.

He added the beautification and augmentation of 17 parks had been completed, while landscaping and beautification of all entry points of the city was under way.

In modern times, parks are not considered amenities but rather necessities, providing recreation and essential respite from the city’s hustle and bustle. Visionaries believe parks must be available to all residents, especially those who do not have the resources to escape to the countryside.

In recent years, government’s interest in city parks has revived. Governments and civic groups around the country have revitalised run-down city parks, constructed greenbelts and planted gardens in vacant lots.