Real Madrid ready to fight back to winning ways

Real Madrid ready to fight back to winning ways 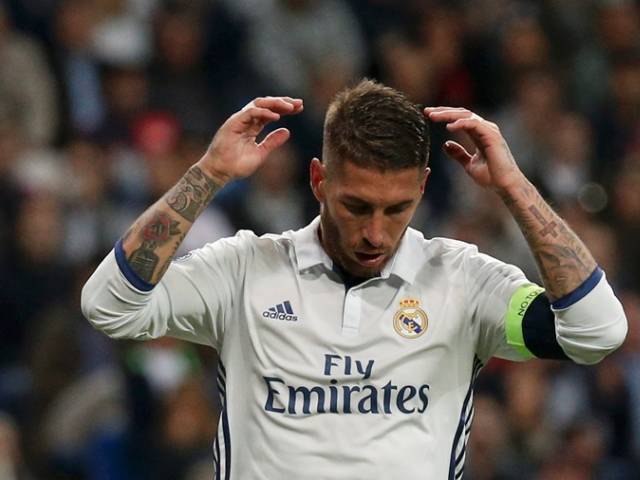 MADRID: Real Madrid coach Zinedine Zidane is not pressing the panic button despite a third straight draw for his team ahead of Sunday’s home game against Eibar.

The La Liga leaders failed to beat Villarreal and Las Palmas and then drew 2-2 at Borussia Dortmund in the Champions League on Tuesday.

Real twice led against Borussia but were pegged back, but Zidane told his club’s website what he felt Real were missing. “Perhaps another goal,” said Zidane. “When you lead by just the odd goal these things can happen to you.

“Such is football and we’re on a bad run, but we are still in there fighting. We have drawn our last three games but we’ll continue to work hard and will come through it.”

Cristiano Ronaldo snapped out of his recent lean spell with his 95th Champions League goal after failing to find the net against Villarreal and Las Palmas — a game in which the Portuguese was substituted, much to his apparent disgust.

Real are currently without Casemiro, the Brazilian midfielder who fractured a bone in his leg in a win at Espanyol on Sept. 18 — the last time his team won.

The mood is more upbeat at Barcelona, one point adrift in La Liga, who tuned up for Sunday’s game at Celta Vigo by beating Borussia Moenchengladbach 2-1 in the Champions League on Wednesday.

Arda Turan came off the bench to equalise for the Spanish champions and Gerard Pique scored the winner. “Pique played well, but so did the entire team,” Barca coach Luis Enrique said on the club’s website. “He always plays well. He’s a vital player, a key element of the team. He is great at getting the ball and he defends brilliantly.”

Barca face a Celta Vigo side in 12th place after winning their last two league games. Atletico remain unbeaten this season after defeating Bundesliga champions Bayern Munich 1-0 in their Champions League group game on Wednesday, courtesy of Jannick Carrasco’s goal — one of the best performances of Diego Simeone’s reign, according to the coach himself.

Atletico, third in La Liga, two points adrift of Real, will be without Uruguay defender Diego Godin, who sprained his ankle against Bayern, at Valencia on Sunday.

Compatriot Jose Maria Gimenez is also out with a muscle injury while Argentina midfielder Augusto Fernandez is recovering after knee-ligament surgery.

Their opponents, who lost their opening four La Liga games under Pako Ayestaran, have won two in a row with interim coach Voro in charge.