A case has been regist­ered agains­t the accuse­d
By Our Correspondent
Published: September 27, 2016
Tweet Email 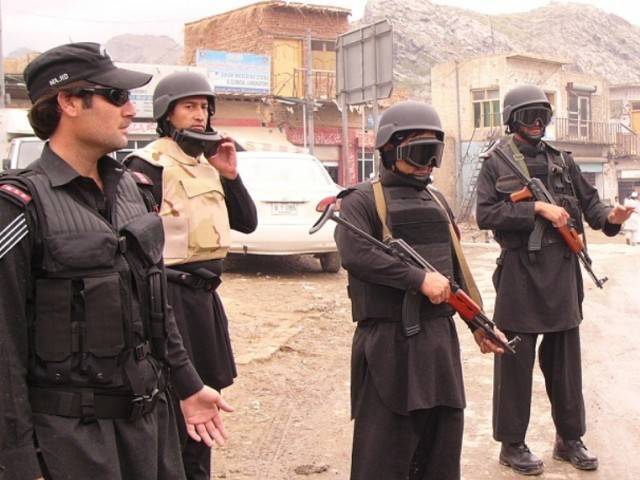 A case has been registered against the accused. PHOTO: EXPRESS

Sources in the Levies force said that Muhammad Niaz was on his way to work when armed men on a motorcycle opened indiscriminate fire on him.

Upon receiving information, personnel of the Levies force and Frontier Corps personnel rushed to the crime scene and shifted Niaz to the district hospital where the doctors pronounced him dead.

In another incident in the city of Usta Muhammad unidentified men gunned down a person working at a tyre repair shop. The victim was identified as Ali Hussain, who later succumbed to his injuries in hospital.

Meanwhile, Khadim Hussain shot his wife and her alleged male companion in the name of honour in Jaffarabad district.

According to police, both of them died on the spot after receiving multiple bullet injuries. The attacker managed to escape after the killings. Police said that it was an incident of ‘honour killing’. A case has been registered against the accused.

Terror bid foiled: Over a ton of explosives recovered near Pak-Afghan border