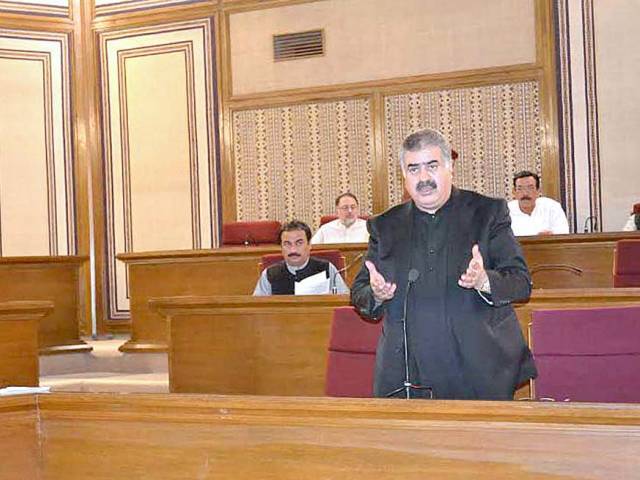 QUETTA: Balochistan Chief Minister Sanaullah Khan Zehri and Commander Southern Command Lt General Aamir Riaz presided over a meeting to review the law and order of the province. The meeting was attended by Home Minister Sarfaraz Bugti, Balochistan’s Chief Secretary Saifullah Chattha, Inspector General Frontier Corps Major General Sher Afgun, IG police Ahsan Mehboob, Home Secretary Dr Akbar Harifal and other officials. Sources said that the officials briefed the meeting about the security situation of the province. The officials were also given a detailed briefing about the measures taken by the government to improve the law and order. However, the ministers expressed their concern over the target killings happening across the province. The officials also directed the security agencies to adopt special security measures for ensuring a peaceful Muharram in Quetta and other parts of Balochistan.

Concern over delay in raising force for CPEC