Banned trio sacked by its department

Banned trio sacked by its department

Salman Butt, Mohamm­ad Asif and Mohamm­ad Amir have been sacked by the Nation­al Bank of Pakist­an.
By Umar Farooq
Published: February 14, 2011
Tweet Email 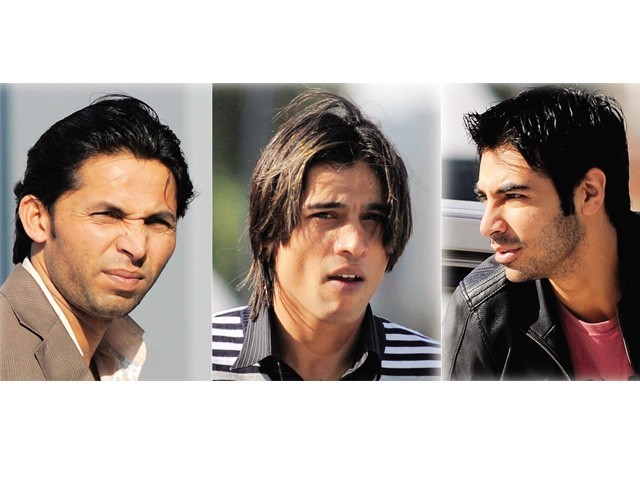 LAHORE: The banned trio of Salman Butt, Mohammad Asif, Mohammad Amir faced further humiliation when their employer, the National Bank of Pakistan (NBP), also distanced itself from them by refusing to renew their contracts.

The trio had their Pakistan Cricket Board contracts suspended in the wake of the damaging spot-fixing allegations and were banned by the International Cricket Council (ICC) tribunal earlier this month.

“Since the trio has been banned from playing cricket, the NBP has also distanced itself from them,” NBP’s Executive Vice-President Iqbal Qasim told The Express Tribune. “We waited until the tribunal’s judgment since their contract ended on December 31 last year but decided against renewing them in the aftermath of the hearing.”

The three were guilty of charges relating to spot-fixing in the Lord’s Test last summer with Salman also guilty of breaching the ICC’s anti-corruption code by failing to report an illegal approach made to him by his own agent Mazhar Majeed.

The trio was given bans ranging from five to ten years with provision for an early return if they refrain from such activities in the future.

“It will very be hard to fill the gap as the trio was full of quality.

“The domestic season is almost over but from next year we will be recruiting their replacements,” said Qasim. Qasim also added that during the time the trio was provisionally suspended by the ICC, they were regularly paid their stipend until the end of the contract.

Now is the time, India