Afghan­istan ranked 166th out of 168 nation­s in an annual corrup­tion index this year
By Reuters
Published: September 22, 2016
Tweet Email 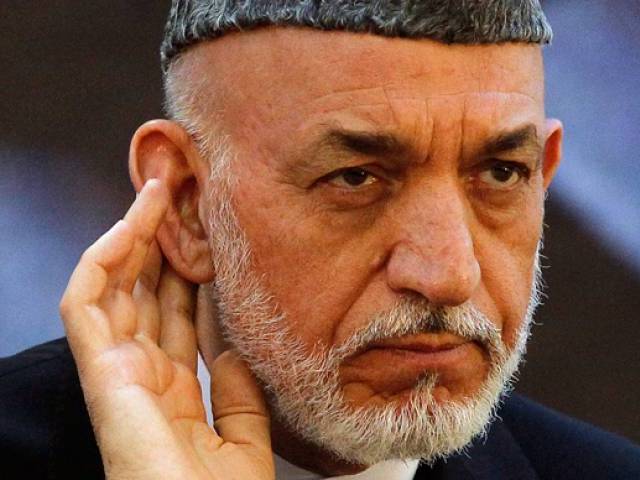 An Afghan anti-corruption body formed in 2008 has been ineffective, lacks independence and never verified the asset declaration forms of former President Hamid Karzai, the US government’s top watchdog on Afghanistan said in a report published on Thursday.

The Special Inspector General for Afghanistan Reconstruction (SIGAR) found that asset declaration forms submitted by Karzai and senior members of his government had omissions and errors. The report highlights the challenges Afghanistan faces in battling corruption, which US officials say undermines the fight against the Taliban.

Move to edge Pakistan out of Afghan talks

Corruption is widely considered pervasive in Afghanistan, which the watchdog group Transparency International ranked 166th out of 168 nations in its annual corruption index this year. The SIGAR report found that when Karzai submitted his asset declaration form in September 2015, he listed cash in a German bank account but did not give an account number and left the source-of-money field blank.

“Under personal effects, the president listed jewels but again provided no purchase date, no current value, and no source of income to purchase the asset,” the report added. When then-Vice President Karim Khalili left office, his declaration form said he had “no cash assets or personal effects, and no vehicles, loans, off-duty activities, or educational expenses to declare,” the report said.

Khalili declared a house and four plots of land but gave no information on their value. The report, citing an adviser with the anti-corruption body, said the asset declaration process was simply “window dressing designed to keep the international community happy.”

Karzai, who has faced criticism for failing to curb corruption during his tenure, could not immediately be reached for comment. The United States has appropriated nearly $113 billion for reconstruction in Afghanistan since 2001, when US-led forces invaded the country and toppled the Taliban regime.

US carries out first Taliban strikes under new rules

SIGAR’s website says, “These funds are used to build the Afghan National Security Forces, promote good governance, conduct development assistance, and engage in counter-narcotics and anti-corruption efforts.” As the US -led International Security Assistance Force (ISAF) has withdrawn troops, however, the Afghan government has been facing a growing threat from a renewed Taliban insurgency