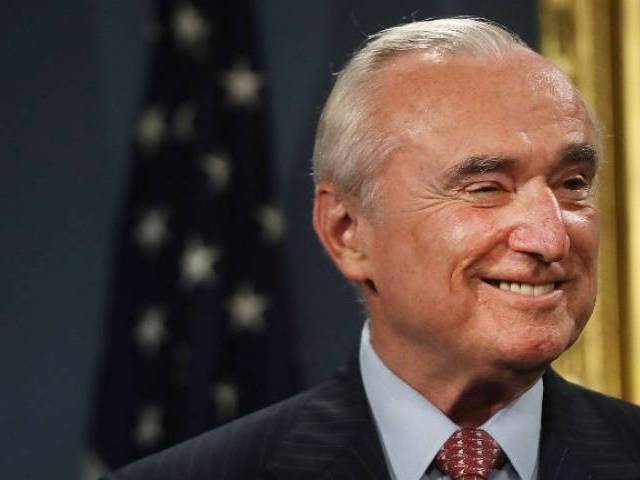 Bratton, who announced his resignation in August, walked out of the police headquarters to the sound of bagpipes and applause from a receiving line of officers and well-wishers, including the city’s mayor.

The 68-year-old served twice as New York police commissioner, and has also led agencies in Los Angeles and Boston.

One of the most recognised faces in American policing, he was a key proponent of “zero tolerance” policing in the 1990s that slashed crime to historic lows, and expanded the use of the stop and frisk as police chief of Los Angeles from 2002 to 2009.

He was reappointed New York police chief in 2013 by Mayor Bill de Blasio and steps down as the United States is roiled by controversy over deaths of unarmed black men at the hands of police and high-profile killings of officers.

Crime in New York has steadily declined in recent years, a transformation since the drug wars of the 1990s.

As of September 11, the NYPD has registered 242 homicides, 3.6 percent less than at the same time last year, according to the city’s policing statistics. Gun-related incidents have also dropped.

Despite his ceremonious departure Bratton is not without critics, who say he remained overly committed to a policing approach focused on small crime that many hold unfairly targets people of color.

Bratton will join the advisory firm Teneo as senior managing director and executive chairman of Teneo Risk, a new division focused on advising clients on risk, prevention and response.

“Let’s do this together #NYC,” O’Neill tweeted Friday. “All communities have to feel they’re understood by #NYPD & know they’re treated fairly.”