Both office­rs were taken to an area hospit­al and likely to surviv­e
By Reuters
Published: September 16, 2016
Tweet Email 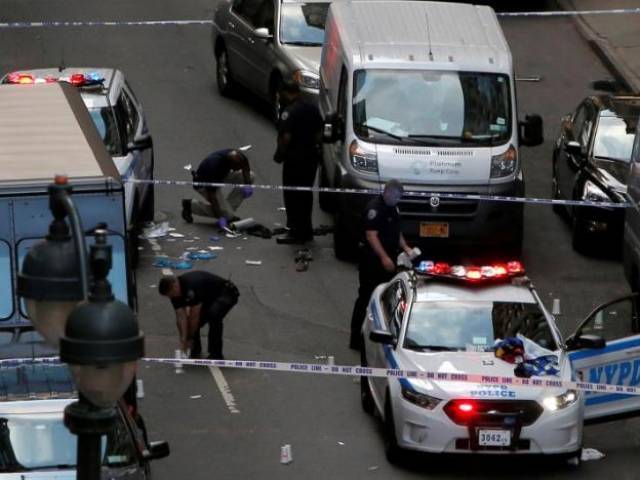 Police investigate the scene where a man was shot by police in Manhattan, New York, U.S., September 15, 2016. PHOTO: REUTERS

NEW YORK: An assailant wielding a meat cleaver or other sharp metal object injured a New York City police officer on Thursday in midtown Manhattan, and a second officer was also hurt during the incident, police said.

“Apparently the suspect assaulted one of the officers with some sort of sharp object, likely a meat cleaver, and shots were fired,” Mason said.

Further details on the incident were not available.

Both officers were taken to an area hospital and likely to survive, though the extent of their injuries was not immediately available.

One officer was injured by the meat cleaver, while the cause of the injuries sustained by the second officer was not immediately available, Mason said.

The suspect was taken into custody and transported to an area hospital for treatment, though his condition was not available.