Around 0.8m refugees in Pakistan under 18, says UNICEF

Around 0.8m refugees in Pakistan under 18, says UNICEF 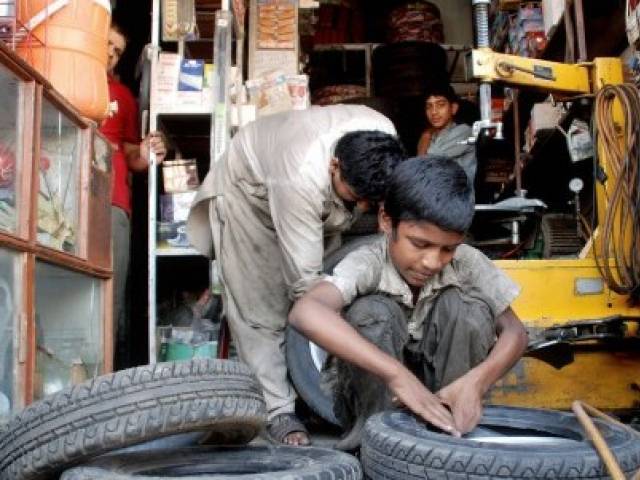 ISLAMABAD: One in six Asian migrants is a child, with Pakistan ranking among the top 10 countries hosting child refugees in Asia, according to a United Nations International Children’s Emergency Fund (Unicef) report.

The report titled ‘Uprooted: The grooming crisis for refugee and migrant children’ revealed that Asia is home to two in five of the world’s child migrants, nine out of 10 refugees from Asia find refuge within Asia. Pakistan is closely followed by Afghanistan, Turkey, Myanmar, India, Azerbaijan and Bangladesh.

More than 19 million people have been internally displaced by conflict in Asia. A total of 1.5 million were displaced in Pakistan as of last year. There were close to 300, 000 refugees originating from Pakistan in 2015. Children accounted for 58 per cent of all Pakistani-origin refugees, the highest proportion in the region.

“Many of the youngest refugees have known only conflict and deprivation in their short lives,” states Unicef executive director Anthony Lake in the report. “If we fail to provide them – and all child refugees and migrants – with opportunities for education and a more normal childhood, how will they be able to contribute positively to their societies? What price will we collectively pay for that failure?”

But if young refugees are accepted and protected today, if they have a chance to learn and grow, and to develop their potential, they can be a source of stability and economic progress, he further states.

Conflicts in many Asian countries, high susceptibility to natural hazards and a large population all contribute to the huge toll of internal displacement within Asia.

Around 19.2 million people have been internally displaced by violence in Asia, a staggering 47 per cent of the global total for similar internal displacements.

In addition to the many vulnerabilities faced by labour migrants, the age and inexperience of young labour migrants puts them at heightened risk of exploitation and many of the worst forms of child labour.

According to the International Labour Organisation (ILO), the recent national surveys from seven South Asian countries estimate that there are almost 17 million enaged in child labour and 42 million children out of school.

As child migrant labourers are severely disadvantaged by their status, they often end up in the informal sector or working as domestic servants, where it is particularly difficult to monitor and protect their well-being.

An ILO summary of evidence related to child labour makes it clear that working migrant children are the worst affected among these: “amongst child labourers, it is migrant children who receive less pay, work longer hours, attend school less frequently, and face higher death rates at work in comparison to local children.”

“Asian children will continue to confront internal displacement and its attendant dangers each year unless dramatic action is taken to curb climate change, improve urban planning and address disaster-risk reduction,” the report reads.