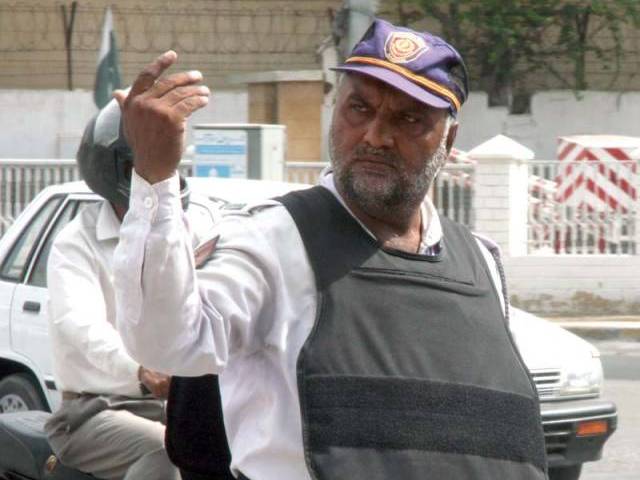 Enforcement of laws and education are pillars of road safety. Those who know the importance of traffic laws say that road safety should be made part of the curriculum. PHOTO: ATHAR KHAN/EXPRESS

Talking to the media on Friday, Khan said that a youth movement for safe behaviour and road safety would be launched as part of the strategy. He said that road accidents were a major cause of death among all age groups and number one cause of death among people aged 15 to 29. He said that Faisalabad was the third largest city of Pakistan where rapid industrialisation, commercialisation and urbanisation had resulted in a manifold increase in traffic-related problems.

The city traffic chief said that introduction of wardens had improved enforcement of traffic laws in the city. He said the city had 840 traffic wardens so far. He said it was difficult to effectively manage traffic in a city of more than eight million people with a limited number of wardens. He said there was a need to engage the community to better manage traffic in the city.

“Enforcement of laws and education are pillars of road safety. Those who know the importance of traffic laws say that road safety should be made part of the curriculum. This dream has yet to be realised,” Khan said. He said the City Traffic Police had set up road safety clubs at 36 educational institutions in the city under a new initiative titled The Alliance. “These institutions include prominent private schools as well as government-run colleges and universities. The schedule for activities will be issued within two weeks. The initiative is aimed at educating the youth about road safety and consequences of accidents in collaboration with educational institution,” he said. There is a need to emulate this initiative at the provincial level, he added.

Revival of Urdu: ‘Encourage children to learn their mother tongue’