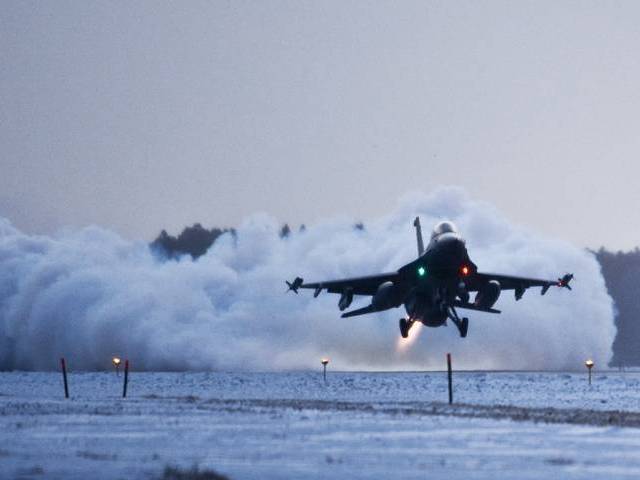 US defence giant Lockheed Martin’s offer to shift its entire F-16 production line to India will give it a strategic edge over Pakistan.

The proposal will give India partial control, along with the US, over which countries the fighter jets and spare parts are sold to. If the deal comes through, it will enable India to deny key supplies to Pakistan, which has relied on F-16s for aerial defence purposes over decades.

“Since India would house the only existing (F-16) production line, it would be able to deny Pakistan any further platforms and also influence Pakistan Air Force logistics,” said Pushan Das, who follows military modernisation at the Observer Research Foundation in New Delhi.

The strategic element is a key selling point as Lockheed pushes to win an order that may exceed 100 fighter jets, in a bid to replenish the Indian air force’s aging fleet — part of Modi’s $150 billion plan under his Make-in-India policy. About a third of India’s 650-aircraft fleet is over 40 years old and set to retire in the next decade.

The deal will further boost US-India defence ties at the expense of Pakistan. “What we are doing is putting India as the centre of the supply base,” Randall Howard, Lockheed Martin’s aeronautics business development director, said. “Today, there is no potential Pakistan sale.”  India and Pakistan have been arch rivals since partition in 1947. The nuclear-armed neighbours have fought three wars over disputed territory and have few economic ties.

“The defence giant’s overtures to India will prompt Pakistan to look away from the US and more towards China and Russia for military hardware,” Najam Rafique, director at Islamabad’s Institute of Strategic Studies (ISSI), said. “Pakistan is diversifying its options,” he added.

Competition for India’s jet order is fierce. Lockheed Martin’s rivals such as Boeing Co and Saab AB are all offering to shift some production to India. Lockheed Martin, which is winding down F-16 production in the US, has successfully sold the jet for decades. Additionally, the proposed facility in India would provide much-needed, highly skilled jobs as Modi heads into several important state-level elections in 2017.