More than half of the victim­s in head-on collis­ion and car crash were women
By Our Correspondents
Published: August 22, 2016
Tweet Email 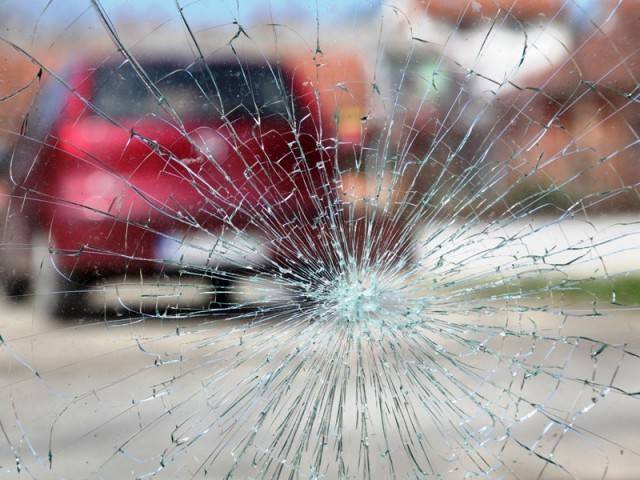 HYDERABAD/GILGIT: At least 17 people were killed and scores injured in two separate accidents in different parts of the country on Sunday.

Nine people, including four women and two children, were killed when a passenger coach collided with a trawler on the National Highway near Jhirk, some 40 kilometres from Thatta district.

Medical superintendent at the Civil Hospital in Makli Dr Lal Mir Shah confirmed that the hospital had received eight bodies and 30 injured persons. Those with serious injuries have been taken to Karachi. The bus was heading to Qambar-Shahdadkot district from Karachi en route Thatta when it met with the accident.

The accident took place when the driver avoided taking the 136-kilometre Super Highway route connecting Karachi with Hyderabad, choosing a detour from Thatta instead.

Jhirk police station SHO Muhammad Aslam at told the media that eight bodies have been moved to the hospital while the relatives of one of the victims took away the body of a woman.

Five women and a cleric were among eight people killed when a car skidded off the road and fell into a river in Gilgit. Another person was injured in the accident.

The vehicle was on its way to Skardu via Deosai Plains when the driver lost control over it. “The death toll is eight,” said a relative of a victim. The deceased belonged to Ghanche district. Prominent cleric Haji Ibrahim, who was locally known as Wah Faqir, was also among the dead.