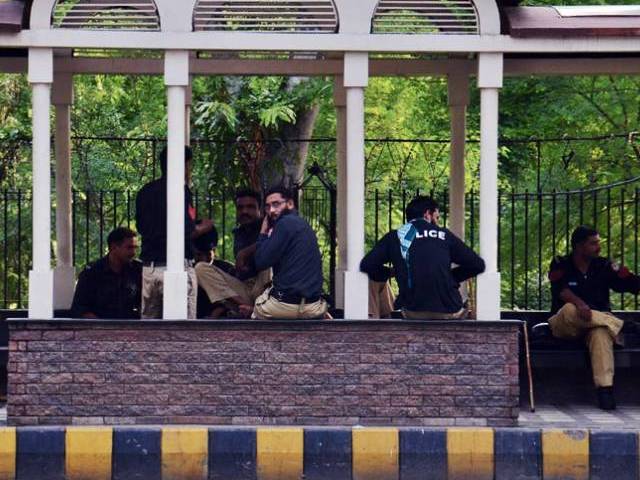 On Saturday, a police team collected forensic evidence and recorded the statements of the eyewitnesses. PHOTO: ONLINE

LAHORE: A man pursuing the prosecution of the murder trial of his two brothers was shot dead by unidentified men in Shah Alami Market on Saturday. He was returning home after attending a court hearing.

Mirza Tanvir, 40, was a resident of Yakki Gate. Tanvir was taken to a nearby hospital where doctors pronounced him dead.

Two Pakistan Tehreek-i-Insaf (PTI) workers had been shot dead and seven others were injured at their election office in Yakki Gate on October 26, 2015.

On Saturday, a police team collected forensic evidence and recorded the statements of the eyewitnesses. A number of people gathered in front of the morgue and staged a protest demonstration against police. The protesters later took the body to the Shah Almi Market and held another demonstration.

Police said they had registered a case against four suspects, including Popa.