Don't be like a Pakist­ani husban­d, who promis­es the world before marria­ge and makes you make rotis after marria­ge
By Shehzad Ghias
Published: August 16, 2016
Tweet Email 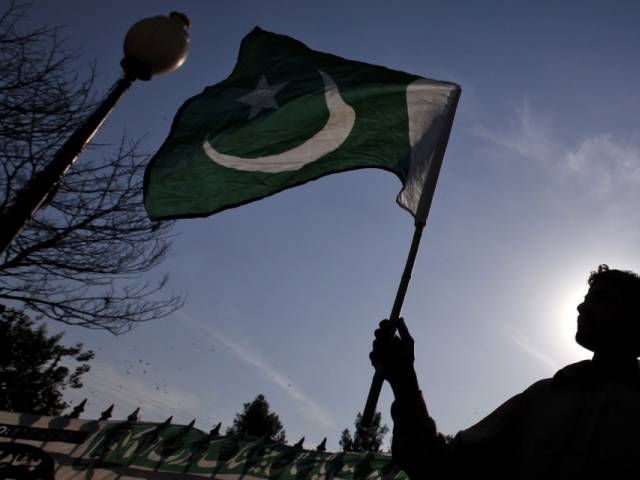 I have been asking incessantly, but Pakistan never seems to call back. My relationship with my country is like an Adele song, strong, powerful and makes me cry each time.

I have done a lot for my country. Just this past Sunday, I spent Rs175 on jhandiyan. Last year I bought a badge for Rs25. I even put the green and white filter on my Facebook photo. By now, Pakistan should have at least sent me some mobile credit. What more can I possibly do for my country?

I feel like a creepy Facebook ‘friendshipper’ sending Pakistan the same copy/paste message repeatedly every day without ever getting a response. Out of desperation, I even started messaging countries that sound like Pakistan. Panama never replied but Afghanistan was nice enough to send an emoticon.

I think it is about time I ask my mother to start seeing other countries for me. Pakistan has done nothing for me.

I was told this land has magical qualities, but I throw out my garbage each day and, lo and behold, it is still there next day. If our land was so zarkheiz, why can’t it just swallow heaps of trash each day? I’ve even seen people burn their trash to protest against the land’s inability to provide basic cleanliness for all its citizens.

The sea is slightly better; it at least makes an effort to move the garbage away when I throw everything in it. Some people claim it kills marine life when I dump toxic waste but at no point in the two-nation theory is it ever mentioned that Pakistan is being created to save the turtles. The WWF is lying to us. Why is a wrestling company even trying to save the turtles? It is all a scam. I’ve seen what Jack the ‘Snake Man’ does with reptiles.

At this stage I think Pakistan wants to be dirty. Even when I throw my trash outside the window while driving into the air, it ends up on the ground. The trash could go anywhere in the world it wants but it decides to be with Pakistan.

If the Chief Minister cannot personally vacuum every street in Sindh, we might as well have a military dictatorship.

Why can’t Pakistan just fix its terrorism problem? All I want to do is become rich in Pakistan and not think about how my apathy and complete disregard for social or economic inequality each day leads to increase in crime rates.

Why should I speak out against terrorism? That is Pakistan’s emotional baggage. The moment I see baggage in a relationship, I just swipe left.

Why should I have to go out and protest on the streets to make a difference when Pakistan can’t even make the effort to cool down the temperature? To quote the wise philosopher Zohair Toru, “garmee mai hum sab kharab hojaye hay.”

Pakistan also needs to sort out its crazy exes. I cannot be in a relationship where I have to look behind my back every day to make sure some crazy ex is not trying to murder me. I could help them get closure and become friends, but I look better in comparison to the crazy ex so I let violence happen to make myself look great.

I would have suffered through this entire emotional trauma only if Pakistan was rich. I do not pay taxes, steal electricity, vote on the basis of tribal and ethnic ties, let corruption happen each day, but that is just who I am as a person.

Pakistan needs to understand that and try to woo me with clean paved roads, infrastructural marvels, fully functioning and efficient schools and hospitals, a social security system and a government for the people.

I’ve played ‘Age of Empires’ and ‘Red Alert 2’ all my life. It is not that hard to raise a civilisation. Pakistan should have done it by now but it even struggles to grow cotton, let alone the tallest building in the world.

I even watered my garden twice this year. Not even a pan ka khoka sprouted up from the land.

I hate Pakistan because it does nothing. It just lays there waiting for all Pakistanis to get their act together and be better people. May be Pakistan needs to be a better person, and do everything to us that it’s promised.

Don’t be like a Pakistani husband Pakistan, who promises the world before marriage and makes you make rotis after marriage.

I think it is about time we break up Pakistan. It is not me it is you.

Actually wait. My US visa got rejected… Wait don’t go away…I took you for granted, you never know a good thing, it’s fine but please take me back?

If not, at least invite me to have biryani at your shadi next week.