Routing your way through: ‘I wanted to appreciate the aesthetics of our living’

Routing your way through: ‘I wanted to appreciate the aesthetics of our living’

Jamal’s work shows how a city’s archit­ecture is linked to people­
By Our Correspondent
Published: August 16, 2016
Tweet Email 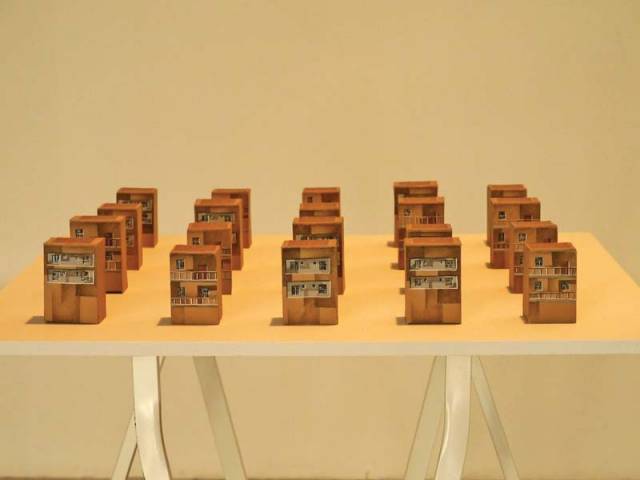 Jamal celebrated a life being lived in a concrete jungle, instead of narrating its issues and challenges. PHOTOS: COURTESY KOEL GALLERY

“My art journey revolves around different, fragmented routes that I have recollected as a memory, placing the memories as a collage on paper,” she told The Express Tribune.

These routes, which Jamal had deliberately chalked as drawings, began from Karachi, chronicling further to Coventry, United Kingdom.

Using mediums such as graphite, colour pencils, miniature paintings, digital drawings and collage, the artist documented an 11-month journey in these two cities.

“When you see an apartment, one may view it as only a concrete building. But I see a strange connection between the humans residing in the apartment and the building itself,” stated Jamal.

Her thought process revolved around routing a map and projecting it in a digital drawing format and making Quick Response (QR) codes see the light of day via her collections.

Jamal, while studying in Coventry, looked up places and streets on Google. “You see a very different perspective of a map on Google. When seen from a different angle, the QR codes come into perspective,” Jamal shared, adding that the codes look like miniature maps. The artist celebrated a life being lived in a concrete jungle, instead of narrating issues and challenges of the city life. “I wanted to appreciate the aesthetics of our living,” said Jamal.

“It’s the beginning of her [Jamal’s] journey and she has really brought a compact collection on the floor of the gallery,” Koel Gallery owner and director Noorjehan Bilgrami told The Express Tribune.

The exhibition continues till August 27.