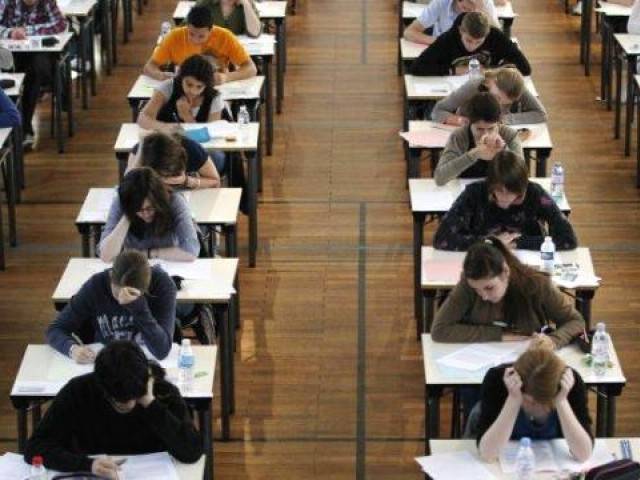 Highest-ever number of students sat for the exams this year. PHOTO: REUTERS

Schools in Pakistan made over 270,000 entries for Cambridge qualifications this year, an increase of seven per cent over last year. The names of high achievers across the world will be announced in January after detailed analysis of the results.

Students heave a sigh of relief as CIE announces results

“More students than ever before collected their CIE results today, as entries for Cambridge qualifications continue to grow in Pakistan and around the world,” said CIE Country Director Uzma Yousuf Zaka.

Schools in Islamabad offering O’ and A’ levels programmes said they were satisfied with the result.

We had the best results this year, said Fahim Khan, Principal of Headstart, Senior Branch, F-8/4. About 330 students had appeared in the exam, and of them, over 100 were high achievers with more than three As. The students mostly secured As and A* in science subjects, economics and math, he said.

We have regular, foreign qualified and committed teaching staff, he said, and we try to create a positive relationship between students and teachers besides striking a balance between cocurricular and academic activities.

Natalia Ahsan, the best academic student who secured five straight As in A Level in the school said the best part was that the teachers were always available to them and she did not have to do extra efforts in the exams or go to tuition centers.

Roots IVY International Schools CEO Khadija Mushtaq said her students earned over 1,200 As in IGCSE, O’ Levels, and A’ Levels.

The most notable among the O Level/IGCSE high achiever was Rida Shahid of DHA campus with 5 A* and 5 As, which is a phenomenal achievement, she said.

Tallina Talle attributed her success to her teachers and parents who made her work hard and opined that “if you work hard, you don’t need any tuition academies”.