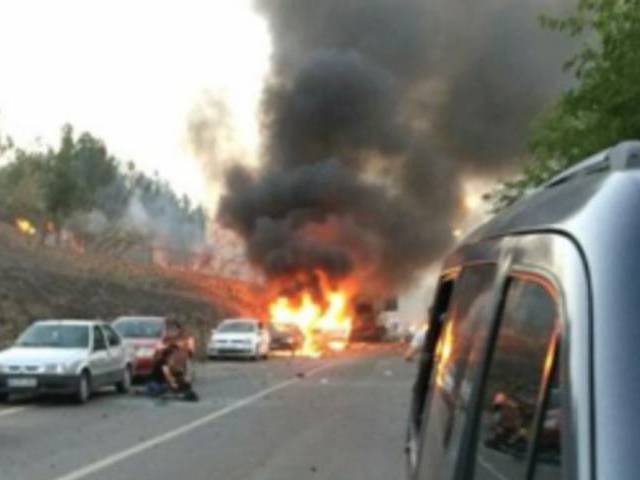 A PKK commander warned at the weekend of fresh attacks, saying police “will not be able to live as comfortably as they did in the past in cities”.

Earlier in the day, four soldiers were killed and nine wounded when militants opened fire with rockets and long-range weapons from across the Iraqi border. Security sources also blamed that attack, in Sirnak province, on the PKK.

Four civilians were killed when roadside explosives were detonated by remote control near a hospital in the town of Kiziltepe in Mardin province, near the Syrian border, in an attack targeting a bus carrying police, the sources said. About 30 civilians and 10 police officers were wounded.

In the region’s largest city, Diyarbakir, five civilians were killed in a car bomb attack apparently targeting police, the sources said. They said 12 people were wounded in that attack, including five police officers.

More than 60,000 people, including many in the military and police have been detained, suspended or placed under investigation since the coup attempt, in which rogue soldiers commandeered tanks and warplanes to try to take power.