Famous people infect­ed with the AIDS virus had a respon­sibili­ty to speak out, says actor
By AFP
Published: August 9, 2016
Tweet Email 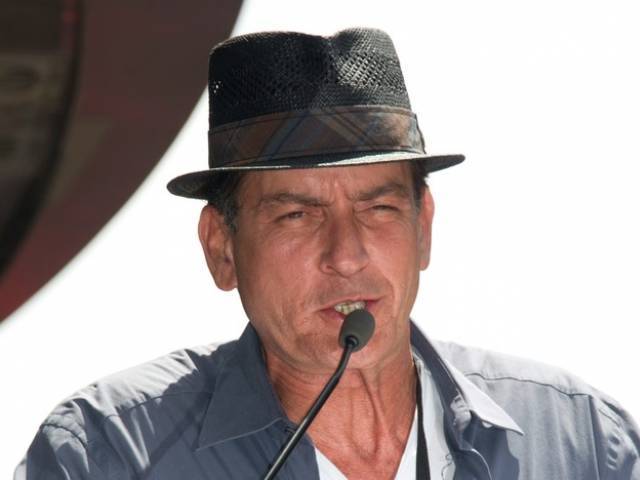 Actor Charlie Sheen revealed in an interview aired on national television last November that he is HIV-positive. PHOTO: AFP

BERLIN: US actor Charlie Sheen, who announced last year he is HIV-positive, said other celebrities should come forward if they have contracted the virus to help lift its stigma.

In an interview with German Playboy released Tuesday, the “Two and a Half Men” and “Platoon” star said famous people infected with the AIDS virus had a responsibility to speak out.

“There is a lot of prejudice against HIV-positive people and I hope to change that,” Sheen said.

“It would be good if more celebrities announced that they are infected with HIV. That would help things.”

The 50-year-old actor revealed in an interview aired on national television last November that he is HIV-positive.

He said he hadn’t sought the role of a public advocate but that it had been thrust upon him.

“People approach me on the street and congratulate me on having the courage,” he said.

“Whether I want to or not, It is important to teach about sexually transmitted diseases.”

Sheen stressed that he had turned his back on his bad-boy ways and aimed to make productive use of his life.

“I want to stay healthy and do good. I want to make peace with the past, live in the present and look toward the future,” he said.

Charlie Sheen ‘paid out £6.6million to keep sex tape with another man secret’

Asked about the US presidential election, Sheen warned against Republican hopeful Donald Trump, calling him a “catastrophe”.

“He’s a damn clown. This circus had better get out of town before it hits the Oval Office,” he said. “You’d be better off voting for me.”

In April Los Angeles police opened a criminal investigation against Sheen, reportedly linked to claims that he had threatened to kill his ex-fiancee Scottine Ross.