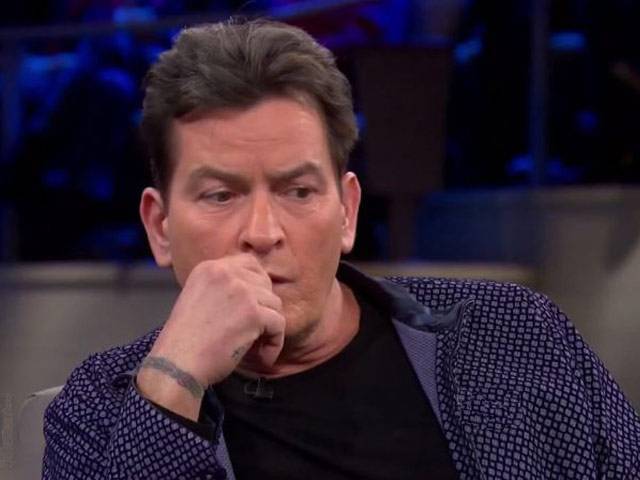 Actor's 'miracle' doctor is not licensed to practice medicine in the US. PHOTO: FOX

After seeking medical help from a ‘miracle’ doctor, Charlie Sheen advised others to opt for traditional antiretroviral HIV medication rather than alternative medicine to treat the disease.

The Two and a Half Men actor revealed on The Dr Oz Show that his Mexic0-based doctor was so convinced he had cured Sheen’s HIV that he injected the actor’s blood in his own blood stream, reported The Telegraph.

Sheen called the bizarre incident “inappropriate and completely mind-blowing”, stating that the virus has since reemerged in his blood. “I’m a little off my game because right before I walked out here, I got some results I was disappointed about,” he said. “I had been non-detectable, non-detectable and checking the blood every week and then found out the numbers are back up.”

Terming himself a “guinea pig”, Charlie said he had resumed taking traditional medication and advises others not to make the same mistake he did. “I’m not recommending that anybody else do this [alternative medicine],” he said. “I’m presenting myself as some kind of a guinea pig.”

After revealing his HIV diagnosis on the Today show a few months ago, the actor confessed that he had sought the advice of ‘miracle’ doctor Samir Chachoua, who traveled to California in a bid to find a cure.

Fan sites claimed the doctor can “cure the incurable”, including Aids, cancer and MS. However, many blogs stated that his “revolutionary treatment” had landed him in a feud with a non-profit US hospital, who he claimed intentionally destroyed his research. Other online sources claimed that he was forced from the US for creating cures which threatened conventional medicine. When Telegraph tried to reach Dr Chachoua following the broadcast of The Dr Oz Show, a man claiming to be the doctor’s representative said that he did not wish to comment on the matter.

Furthermore, Dr Oz said that Samir Chachoua is not licensed to practice medicine in the US.

Sheen also revealed that his initial results with the doctor were promising, showing “incredible results early on” and that the HIV in his blood was undetectable without antiretroviral therapy.

Fans rushed to Dr Chachoua’s rescue and said the actor was not following the doctor’s treatment properly.