I never wanted to write anothe­r novel but this will give the fans someth­ing specia­l, Rowlin­g says
By Reuters
Published: July 31, 2016
Tweet Email 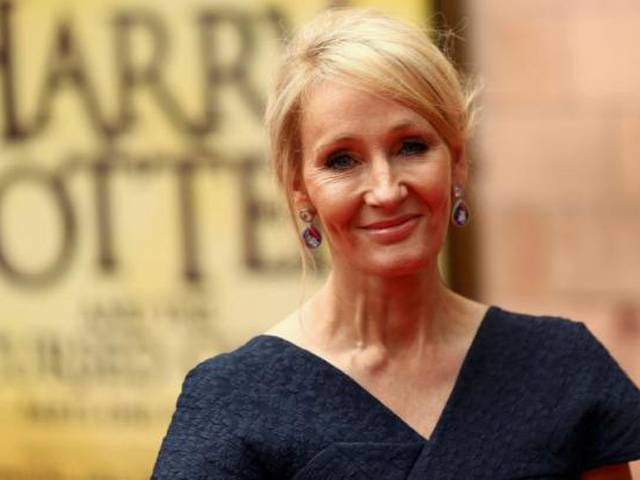 I never wanted to write another novel but this will give the fans something special, Rowling says. PHOTO: REUTERS

A new Harry Potter play that opened to swooning reviews and delighted gasps from the audience marks the end of the journey for the beloved boy wizard, his creator J K Rowling said at the play’s premiere in London on Saturday. Fans in costume queue at an event to mark the release of the book of the play of Harry Potter and the Cursed Child. PHOTO: REUTERS

Billed as the eighth installment in the series, the play Harry Potter and the Cursed Child and a book based on its script have helped awaken a new wave of Pottermania five years since the previous episode was made into a movie.

Throngs of fans crowded bookstores for the midnight release of the book, hours after the play in London’s West End theater district dazzled theatre-goers with swishing capes, billowy wraiths floating overhead and illusionist tricks of actors appearing to vanish into thin air. Fans play the fictional game of Qudditch at the event. PHOTO: REUTERS

Asked if the book and play heralded a new phase of stories, Rowling told Reuters: “No, no.”

“He goes on a very big journey during these two plays and then, yeah, I think we’re done. This is the next generation, you know,” said Rowling, who later appeared on stage during a standing ovation at the end of the show. “So, I’m thrilled to see it realized so beautifully but, no, Harry is done now.”

Based on a story by Rowling, playwright Jack Thorne and director John Tiffany, Cursed Child picks up the story 19 years later, featuring Potter as a 37-year-old overworked employee of the Ministry of Magic and father of three. A fan poses in costume at an event to mark the release of the book. PHOTO: REUTERS

The play, a marathon affair running over five hours and split into two parts, is sold out through May 2017. Enthusiasts from around the world queued outside the ornate Palace Theatre for a glimpse of Rowling and the cast of the production. A string quartet plays music at the event. PHOTO: REUTERS

Many in attendance at the show said it lived up to its billing in reviews as a thrilling theatrical spectacle, with deft stagecraft that drew audible gasps at times.

“It was magical. I sat on the edge of my seat the whole time,” said Kylie Cruikshamsks, 32, a big Potter fan. “There was a lot to live up to and they did it.”

The magic is back: Harry Potter play hits London stage Fans in costume queue at an event to mark the release of the book of the play of Harry Potter and the Cursed Child. PHOTO: REUTERS

Another spectator, 32-year-old Ashley Nottingham, said he was left speechless: “It’s blown away every theatrical boundary I’ve ever known.”

The play opens ahead of the November movie version of Rowling’s Potter spinoff book Fantastic Beasts and Where to Find Them, and follows the opening in April of a second Harry Potter attraction within a theme park, this time at Universal Studios in Los Angeles. The Palace Theatre where the Harry Potter and The Cursed Child play is being staged. PHOTO: REUTERS

The British writer said she found it easy to put her Potter creation onstage thanks to the vision for the show.

“(It) chimed perfectly with the material I had about the next generation and I could see it would work perfectly,” she said.

“So, I never wanted to write another novel, but this will give the fans something special.”