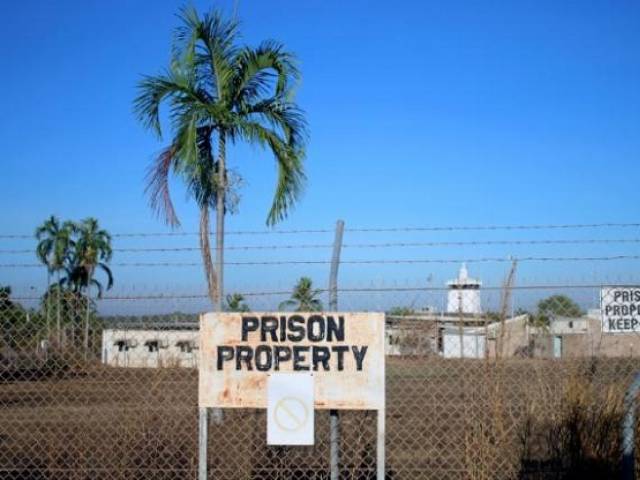 MELBOURNE: The United Nation Human Rights High Commission has called on Australia to give compensation to children abused in prison, after footage emerged of mistreatment.

Australian Prime Minister Malcolm Turnbull has ordered an inquiry into the treatment of children in detention after the Australian Broadcasting Corporation (ABC) earlier this week aired video showing prison guards teargassing teenage inmates and strapping a half-naked, hooded-boy to a chair.

Two children abused in Australian prison being counter-sued by state

“We are shocked by the video footage that has emerged from Don Dale youth detention center in the Northern Territory,” the U.N. Human Rights office of High Commission said in a statement on Friday.

“We call on the authorities to identify those who committed abuses against the children and to hold them responsible for such acts… Compensation should also be provided”.

The Commission also called on the Australian government to ratify the Optional Protocol to Convention Against Torture, which would allow independent investigators to regularly inspect detention facilities.

Turnbull has ordered a Royal Commission, the most powerful inquiry in the country, into the treatment of children in Northern Territory detention centers, although he has rejected calls for a broader national inquiry.

The Northern Territory’s corrections minister was sacked just hours following the broadcast and on Wednesday the territory suspended the use of hoods and restraints on children.

U.N. Special Rapporteur on Torture Juan Mendez said that the use of hoods, restraints and teargas on Australian aboriginal children in youth detention centers by police could violate the U.N. treaty barring torture.

The case highlights concern about the disproportionate numbers of aboriginal youth in custody, with indigenous leaders calling for politicians to deal with the wider issue of the treatment of Aborigines in Australia.

Australian defence recruits forced to rape each other: inquiry

Aborigines comprise just three percent of Australia’s population but make up 27 percent of those in prison and represent 94 percent of the Northern Territory’s juvenile inmates.

Australia’s roughly 700,000 indigenous citizens track near the bottom of almost every economic and social indicator for the country’s 23 million people.