Solo exhibition: ‘Dark and powerful’ photos that speak for themselves

Solo exhibition: ‘Dark and powerful’ photos that speak for themselves 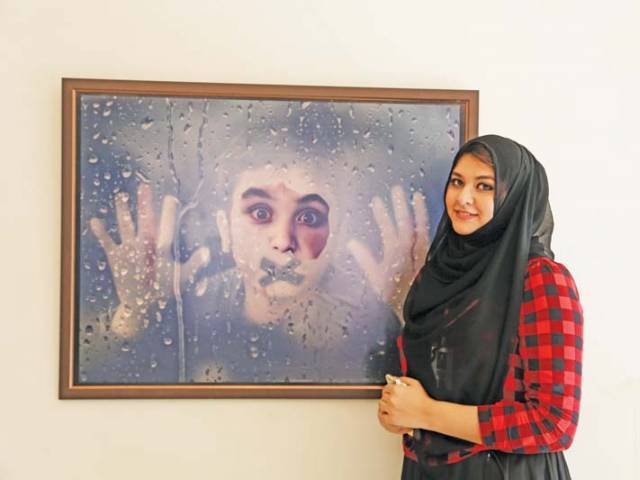 Rida Shah says some of her work is about social evils. PHOTO: EXPRESS

Shah, a student at the National College of Arts (NCA), says that she had explored different forms of photography before she was drawn by the emotional impact of haunted photography (with dark undertones). She says she has borrowed elements from the genre into her art, using it to narrate stories about the society. Many of her pieces express elements with shock value, she added.

Shah says her work is about social evils, describing it as “dark and powerful”. “I retell their stories through my photographs,” she says. After acquiring acclaim for her levitation photos posted on her Facebook page in 2013, she says she has since moved on to portray significant events like the Kasur child abuse scandal and the Kashmir dispute. One of her piece showcases the plight of the families who lost their loved ones in the terrorist attack at the Army Public School (APS) Peshawar. She says she has been a student at the APS. The December 16 attack had moved her to pursue work through which she could create an impact in the society, she adds.

The exhibition attracted several photography enthusiasts on the opening day on July 25. Commenting on Shah’s work, veteran actor Irfan Khoosat said that each of the photographs on display tells a painful story. “The photos don’t need any captions. They speak for themselves,” he says.

Art student Hamida says she had been following Shah’s work on social media forums like Facebook for around two years.

The exhibition will continue till July 29.