HIV/Aids cases on the rise in Pakistan, says report

HIV/Aids cases on the rise in Pakistan, says report 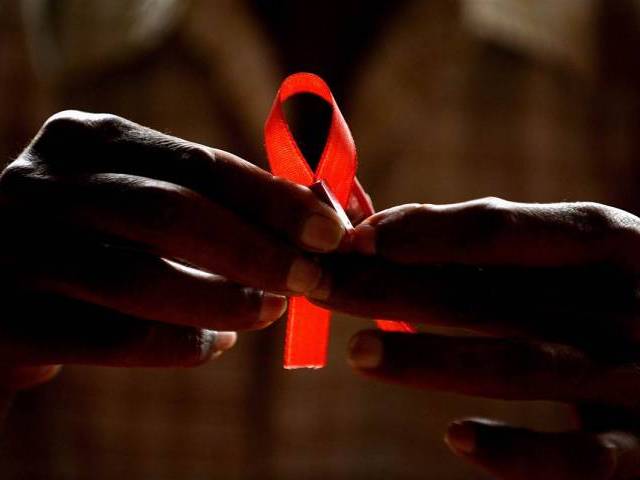 ISLAMABAD: The prevalence of the human immunodeficiency virus (HIV) and the deaths due to the infectious disease have been growing alarmingly in Pakistan as compared to other countries of the world over the past decade, undermining the efforts to end the epidemic by 2030, says a report.

The combination of the high number of new infections and low antiretroviral therapy (ART) coverage has proven deadly in Pakistan, reveals the research study findings.

The deaths from HIV/Aids in Pakistan increased from 350 in 2005 to 1,480 in 2015, showing an average increase of 14.42 percent a year, says the findings of the meta-analysis coordinated by the Institute for Health Metrics and Evaluation (IHME) at the University of Washington in Seattle.

The findings were released on the heels of an international Aids conference in Durban, South Africa, that started on Tuesday.

The number of HIV infections in Pakistan grew at an average of 17.6 percent a year from 8,360 to 45,990 during the period under review. More than 1,700 collaborators in 124 countries including Pakistan contributed to the study.

The study found that 74 countries saw increases in age-standardized rates of new infections between 2005 and 2015, including Egypt, Pakistan, Kenya, the Philippines, Cambodia, Mexico, and Russia.

The number of new HIV infections in Pakistan grew at an average of 17.6 percent per year between 2005 and 2015, making it the highest increase in the world.

Pakistan’s ART coverage was also less than 6 percent, making it one of the world’s least-covered countries. At the same time, only a small fraction of the over 46,000 Pakistanis living with HIV receive the ART drugs that slow the disease’s progression.

Only a small number of nations like Afghanistan and Madagascar had lower rates of ART coverage.

“The results of the study question the efficacy of governments’ policies to control the disease that has remained flawed, donor-driven and intermittent”, Dr Anwar Rafay, Assistant Professor of Epidemiology and Biostatistics Contech School of Public Health, Lahore said.

Rafay, who has contributed to the study said one of the main reasons of increase in the infections in Pakistan is the use of infected syringes among injecting drug users.

Still, the number of cases is not as high as in African countries and it is an opportunity for the government to control the spread of HIV before it turns into an epidemic, he added.

Regarding the global situation, the study says that while the global number of new cases continues to decline, the pace has greatly slowed. New infections of HIV fell by an average of only 0.7 percent per year between 2005 and 2015, compared to the 2.7 percent drop per year between 1997 and 2005.

Prince ‘was diagnosed with AIDS six months before he died’

In contrast to the overall slow decline in new infections, the number of people living with HIV has significantly increased globally, largely due to the expansion of ART.

The institute estimates there were about 39 million people globally living with HIV in 2015, as compared to 28 million in 2000.