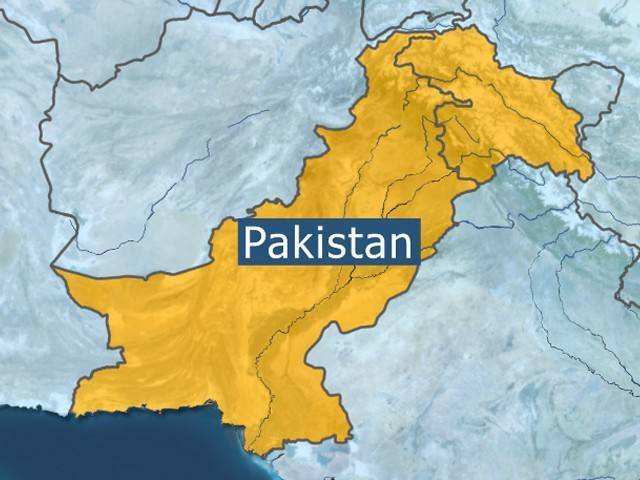 In early 2012 Pakistan Peoples Party Government scored high political mileage with the announcement of making Bahawalpur Janoobi Punjab a new province in line with the aspirations of the people of Southern Punjab. The then prime minster Yousuf Raza Gilani assured the people of South Punjab a province of their own. To materialise this objective senator Farooq Hamid Naek tabled the Constitution (Twenty-Fourth Amendment) Act, 2013 in the Senate on February 8, 2013. Article 2 of the Amendment Act explains the territorial boundaries of new province as:

‘The Province of Bahawalpur-Janoobi Punjab (BJP) shall comprise of territories of Multan, Bahawalpur and Dera Ghazi Khan Divisions and the Districts of Mianwali and Bhakkar.

While the iron was red, provincial law minister Pakistan Muslim League (N) Rana Sanaullah moved two resolutions in Punjab Assembly on May 9, 2012. The first resolution demanded restoration of Bahawalpur as a separate province and the other demanded two divisions of South Punjab, Dera Ghazi Khan and Multan, to be granted the status of a province. The resolutions further demanded the federal government form a commission with constitutional mandate and powers that can enable the demarcation of boundaries, division of assets and liabilities, water distribution and economic affairs between new administrative units.

Simultaneously, the movement for Hazara province in K-P under the leadership of chief of Tehreek-e-Suba Hazara Baba Hyder Zaman was initiated and the proponents demanded Hazara Division of K-P to be given the status of a province.

At the same time, the movement for Karachi province gained significant momentum in Sindh and a large fraction of the urban population was in favour of this demand. But as of today, there is silence on the demands and struggle for new provinces.

The ruling party Pakistan Muslim League (N) promised to set up a high-powered commission to design criteria and modalities for the creation of new provinces. PML-N showed its resolve to make Bahawalpur, South Punjab and Hazara new provinces.

Pakistan Peoples Party had a very clear stance and firm resolve to establish new provinces. Based on the demand for identity and redressal of neglect and underdevelopment, Bahawalpur Janoobi Punjab and Federally Administered Tribal Areas (FATA) are likely to be on the priority list.

Jamaat-e-Islami, Pakistan Tehreek-e-Insaf, Awami National Party and Jamiat Ulema-e-Islam (F) emphasised to mainstream FATA in line with the aspirations of local residents and the consensus of all stakeholders. Some of them promised to abolish Frontier Crimes Regulations along with establishing an inclusive socio-economic reforms package for FATA and Provincially Administered Tribal Areas.

Muttahida Qaumi Movement (MQM) and Pakistan Muslim League (F) have no explicitly documented position on the creation of new provinces in their election 2013 manifestos. MQM though is in favour of creating new administrative units/provinces and has always been a proponent and major stakeholder in campaigning for Karachi province.

Unfortunately, these demands have gone to cold storages without realising that making new administrative units out of an unbalanced federation not only creates balance of power but also gives a sense of ownership and participation to historically backward areas and under-represented voices. This point was reaffirmed by the Ansari Commission Report which suggested, “All revenue divisions in the country should be made provinces. This will not only be a balancing factor, but will also instill a sense of equal participation in the affairs of the country in all the provinces, thus remove cause for malevolence.”

Punjab alone accounts for 57.4% of the national population and 26.7% of land area, whereas Balochistan is little less than half the country’s land area and represents 5.1% of the total population. Given the larger share in population, Punjab has always been a major beneficiary of National Finance Commission (NFC) awards based on population alone.

From 2001-2012, Sindh has a dominant position in average federal tax collection amounting to 65.5% of total taxes, followed by Punjab at 29.8% and K-P and Balochistan receiving 3.3% and 1.4%, respectively. Certainly these statistics do not reflect revenue generation, nonetheless Sindh’s dominance is due to Karachi being the only port city and the country’s economic hub which alone accounts for 95% of tax collection from Sindh. Provincial own-sources tax revenue is roughly 6% in consolidated tax collection and provincial governments in Pakistan have a tendency to substitute their own-source tax revenue with federal transfers from NFC.

Inter- and intra-regional poverty statistics reveal glaring inter-regional differences. For instance, Punjab and Balochistan, central and south Punjab, urban and rural Sindh have unmatched differences in infrastructure and human development indicators. Although, NFC 2010 allocated divisible pool resources based on multiple criteria, including population, poverty and backwardness, revenue generation and collection and inverse population density, population is still an overriding consideration which is again favourable for Punjab given its relative share in total population.

As of today, districts in Pakistan have reached a total of 123, which is more than twice the number of districts at the time of independence. If new districts can be formed, then what’s the excuse for not forming new provinces? Specially, when federating units are too heterogeneous and make the federation unbalanced in terms of political and economic stability. The academic narrative and principles of federation also advocate federations with administrative units of balance and homogeneous characteristics.

In May 2013, the PML-N government was predominantly over-occupied by a number of compelling priorities like terrorism, energy crises, law and order, industrial shut down, etcetera. Three years have passed now and the government has set up its direction and agenda, it is therefore high time constitutional reforms and making of new provinces should be made a priority.

At least, lawmakers should objectively question what’s so sacrosanct in existing provinces and their boundaries. These are man-made, so a change for greater good of the country should not be delayed any more, lest the federation will remain unbalanced which does have a bearing on socio-economic differences and resource distribution.

Asim Bashir Khan is a PhD Scholar at IBA Karachi.